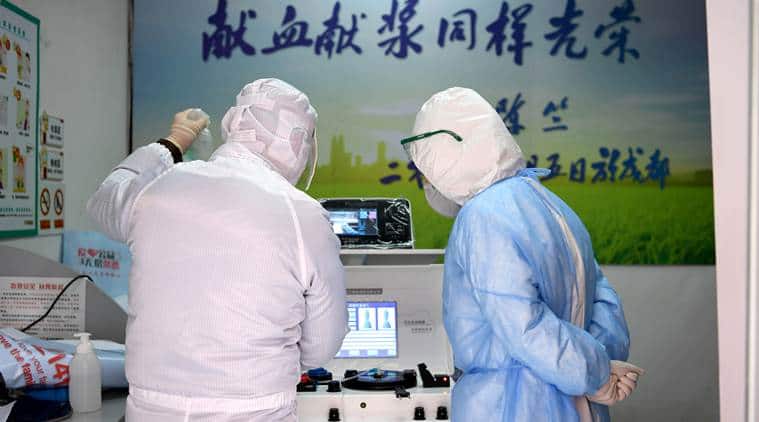 
The suspect, a resident of Sector 37 in Chandigarh, had been working in a Singapore-based firm and had arrived in Chandigarh on February 9. (Photo: Reuters)

An analysis of satellite imagery and search engine trends from Harvard and Boston University suggests that Wuhan hospitals were seeing an uptick in hospital parking in late summer 2019, the same time Baidu trends saw an increase in “diarrhea” searches. The research comes on the heels of a China State Council Information Office report stating “certain countries” ignored Beijing’s information about the virus and were now blaming the country.

The conversation around the origins and timeline of the virus have picked up pace over the past month.

Three weeks ago, China and the WHO agreed to allow an independent international investigation into the origins of the coronavirus. In addition, a June 4 Associated Press report stated that the country delayed sharing the virus’ genomic sequence.

The new research looked at 111 satellite images from January 2018 to April 2020 and found “a steep increase in volume starting in August 2019 and culminating with a peak in December 2019.” Between September and October of last year, five out of six hospitals showed their highest relative daily volume of traffic. Alongside this timeline, they found a peak of “cough” and “diarrhea” search queries around December. “Diarrhea” shifted from a 400 relative search volume in 2018 to 600 in December 2019.

“There is a large decrease in hospital volume and search query data following the public health lockdown of Wuhan on January 23, 2019… Our evidence supports other recent work showing that emergence happened before identification at the Huanan Seafood market. These findings also corroborate the hypothesis that the virus emerged naturally in southern China and was potentially already circulating at the time of the Wuhan cluster.”

A section of the report called “Firmly opposing stigmatisation and politicisation of the virus” states: “Since the early days of the outbreak China has informed the rest of the world of every development in clear and unambiguous terms. Certain countries ignored this information, and now blame China for their own failure to respond to the epidemic and protect their people’s lives.”

Apple HomePod: Everything to Know Before Buying in India

Don’t use remdesivir in hospitalised Covid-19 patients: WHO

US in mind, UN body to report on racism after Floyd killing