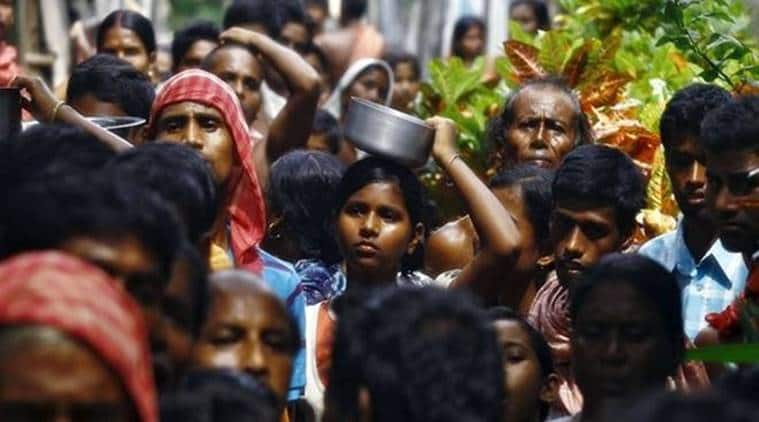 
Asian countries, such as Bangladesh, India, Indonesia, Pakistan and the Philippines, are considered to be particularly vulnerable to the pandemic’s economic shockwaves with lockdowns severely curtailing activity.

Global poverty is set to rise above 1 billion people once again as a result of the coronavirus pandemic, which is reducing the income of the world’s poorest by USD 500 million a day, according to new research published Friday.

The research by King’s College London and the Australian National University points to poverty increasing dramatically in middle-income developing countries, where millions of people live just above the poverty line.

Asian countries, such as Bangladesh, India, Indonesia, Pakistan and the Philippines, are considered to be particularly vulnerable to the pandemic’s economic shockwaves with lockdowns severely curtailing activity.

The pandemic is fast becoming an economic crisis for developing countries,  said Andy Sumner, a professor of international development at King’s College London and one of the report’s co-authors.

Because millions of people live just above the poverty line, they are in a precarious position as the economic shock of the pandemic plays out. In a worst case scenario, the number of people in extreme poverty – defined as earning under USD 1.90 a day – is forecast to rise from about 700 million to 1.1 billion, according to the report, which was published by the United Nations University World Institute for Development Economics Research.

Without action this crisis could set back progress on reducing global poverty by 20 or even 30 years,  Sumner said.

Researchers are calling for  urgent global leadership  to address the crisis. But hopes are low after the Group of Seven meeting of world leaders, which was due to take place June 10-12 at President Donald Trump’s retreat at Camp David, was postponed. Trump now aims to host an expanded meeting in September, also including leaders from Russia, Australia, South Korea and India. How much development issues will be addressed at that summit remains an open question.

Sumner said three actions need to be prioritized. First, a  rapid response global commission on poverty and COVID-19  needs to be established and led by a prominent global leader to identify the level of financing required and what rich countries can do to help.

Second, he said funds should be released quickly by expanding the current debt servicing standstill that the International Monetary Fund is providing to all developing countries and by freezing World Bank debt repayments at least until the end of 2020, possibly into 2021.

He said that once the crisis abates, debt restructuring or outright cancellation of debt for some developing countries  will be needed or even unavoidable.  And thirdly, he said countries benefiting from the standstill should use the money to shore up and expand social safety nets.

Battered by scandal, Cuomo leans on Black leaders to build his defense