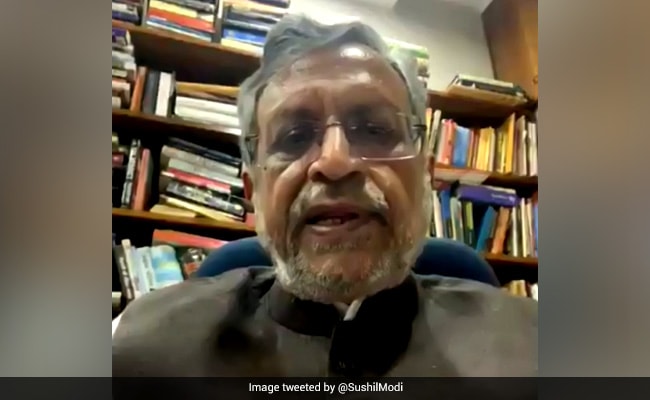 The alliance will abide by Election Commission’s decision to conduct polls or postpone it: Sushil Modi

In a statement on Saturday, Mr Modi, one of the most senior leaders of National Democratic Alliance (NDA) in Bihar openly acknowledged that no one knows what will happen in the three months ahead.

But, he said, the alliance will abide by the Election Commission’s decision to either hold the elections or postpone it in view of the condition of the coronavirus pandemic. There is no point making any political statements on the expected decision of the election body, he said.

Although Mr Modi did not name Chirag Paswan, his attack on Rashtriya Janata Dal leader Tejashvi Yadav was clear when he said, “There are some weak students who are looking for an excuse from now and anticipating defeat they are indulging in pressure politics.”

Mr Paswan on Friday had joined the opposition RJD in expressing concerns over holding the Bihar assembly polls amid rising COVID-19 cases, with its president Chirag Paswan saying it will put people at risk and may result in a very low voter turnout.

His comments appeared to once again highlight his Lok Janshakti Party’s differences with its allies, especially Chief Minister Nitish Kumar’s Janata Dal (United) which was quick to snub him and assert that timely elections would be in interests of “good governance.”

In his tweets, the Lok Janshakti Party president said, “Not only Bihar but entire country is affected by the coronavirus. It has impacted finances of the Centre as well as Bihar. Holding elections amid this will financially burden the state more.”

However, he said his party is ready for the polls.

Assembly Elections in Bihar are due in October-November. The Election Commission has so far not made any official announcement about the schedule.

A few days ago, RJD leader Tejashwi Yadav had said that it would not be proper to hold the elections during the pandemic as he described the situation in the state as “scary”.

Election strategist Prashant Kishor also took a swipe at his former party chief Nitish Kumar on Saturday, saying this is time to fight the coronavirus not elections and that he should not endanger people’s lives in a “hurry” to hold the assembly polls.

“The coronavirus situation in Bihar is worsening like it is in many other states of the country. But a big part of government machinery and resources are busy making preparation for the polls,” tweeted Mr Kishor who shot to national fame after helping the Bihar Chief Minister win the 2015 polls.

In first, Trump dons masks in visit to a military medical facility