Congress leader Rahul Gandhi has urged the government to “come clean and tell India exactly what is happening” amid rising tension with China following a military face-off in Ladakh earlier this month. Mr Gandhi said continuing silence on this issue was leading to “massive speculation and uncertainty” even as India also fights a coronavirus pandemic that has infected over 1.6 lakh people in the country.

The comments come two days after the Congress described the situation in Ladakh and tension with China as a matter of “serious national concern” and called on the government to take the nation into confidence and address the concerns of the people.

“The Government’s silence about the border situation with China is fuelling massive speculation and uncertainty at a time of crisis. Government of India must come clean and tell India exactly what’s happening,” Rahul Gandhi tweeted Friday morning.

The Government’s silence about the border situation with China is fueling massive speculation and uncertainty at a time of crisis.

Mr Gandhi made similar requests on Tuesday, reminding the government that “transparency was needed” at this critical juncture. The Congress MP also refrained commenting further on the matter, saying he needed more information to do so.

Tensions between India and China has grown since a skirmish between soldiers of the two nations at the Pangong Lake region in Ladakh on May 5 and 6, in which several Indian troops were injured.

Since then, there have been multiple reports of incursions by Chinese troops, who have also been spotted in motor boats on Pangong Lake. Chinese helicopters have also been seen in the area.

Satellite images have shown construction at a high altitude Chinese air base, located just 200 km from Pangong Lake. One showed four jets parked – either J-11 or J-16 fighters of the Chinese Air Force. 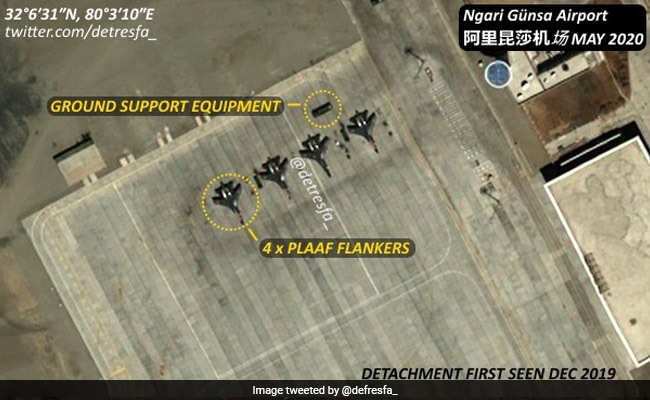 Meanwhile, government sources Friday morning countered claims by US President Donald Trump that he had spoken to PM Modi over the stand-off with China.

“There has been no recent contact between PM Modi and US President Trump. The last conversation between them was on 4 April, 2020, on the subject of hydroxychloroquine,” sources said.

On Thursday Mr Trump made a startling claim – reiterating his offer to mediate the border dispute with China. The offer was firmly rejected by the Indian government, which said: “Our engagement on the diplomatic front continues both in Delhi as well as in Beijing”.

Mr Trump had previously offered to mediate between India and Pakistan on Kashmir; these offers were also firmly rejected by New Delhi, more than once.

Karisma Kapoor Just Revealed Her Favourite Fruit; Guess What It Is