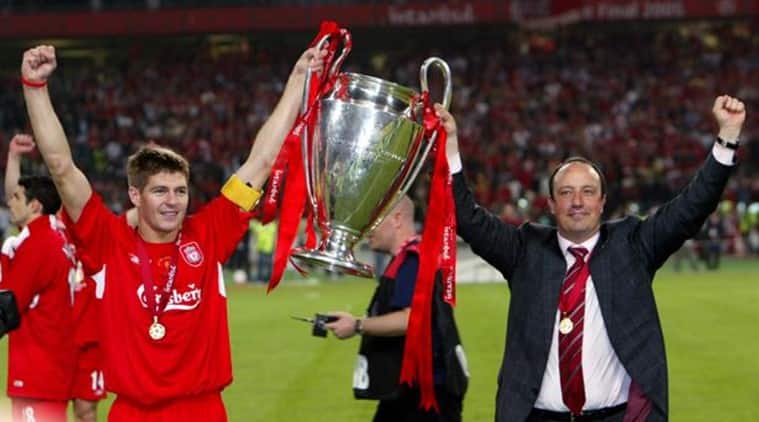 The 2005 Champions League final between Liverpool and AC Milan remains one of the best clashes in the history of football. The match that took place on May 25 saw a star-studded Milan lose despite having a three-goal advantage to Rafa Benitez’s men, who secured their fifth European title.

The night in Istanbul began with Milan skipper Paolo Maldini giving the Italian side an early lead. The embarrassing domination of Milan continued as Argentine Hernan Crespo netted twice to hand the Italian side a seemingly unassailable lead.

Milan remained resolute till the final whistle of the first half, but then football fans were treated to an amazing turnaround.

Liverpool’s Steven Gerrard broke the shackles when he headed his side’s first goal with the clock at 53 minutes. The goal gave a new burst of energy to the English side and they added another two in the span of seven minutes.

The match then went into extra time and then Liverpool goalkeeper Jerzy Dudek pulled off two great saves to deny Milan from wrapping up the contest. Liverpool eventually defeated Milan 3-2 in the tie-breaker to win the Champions League and cement their place in history.

Players Championship Round 3: Veer Ahlawat clings on to slender lead with one-under 71

Kidambi Srikanth eager to start, but uncertainty over camp resumption