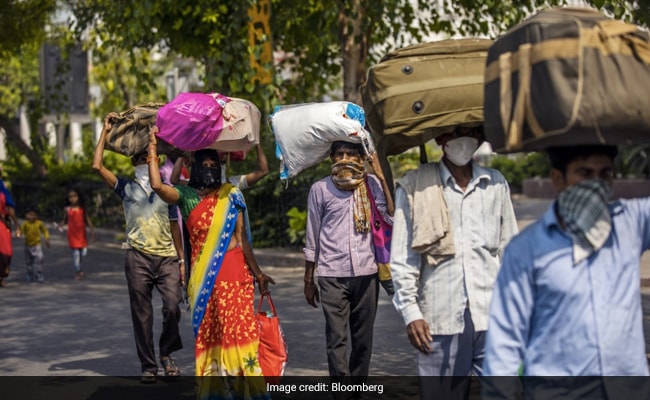 On the night of May 12, Prime Minister Narendra Modi set the nation of 1.3 billion people abuzz with promises of unleashing a massive stimulus to shore up an economy facing its deepest recession in decades.

A week later and after five drawn-out press conferences by his Finance Minister Nirmala Sitharaman, the entire package of about Rs 21 lakh crore ($277 billion), or 10 per cent of the country’s gross domestic product, underwhelmed economists and investors alike. Many worked out that the actual fiscal cost amounts to just about 1 per cent of GDP, sending stocks and the rupee down in the immediate aftermath.

The looming threat of a credit rating downgrade to junk may have held officials back from delivering a more immediate boost to the economy through, for example, direct cash handouts to citizens. The government is facing public debt levels of 77 per cent of gross domestic product, according to Fitch Ratings Ltd., and a fiscal deficit in double digits this year, putting it on the path for a rating cut. 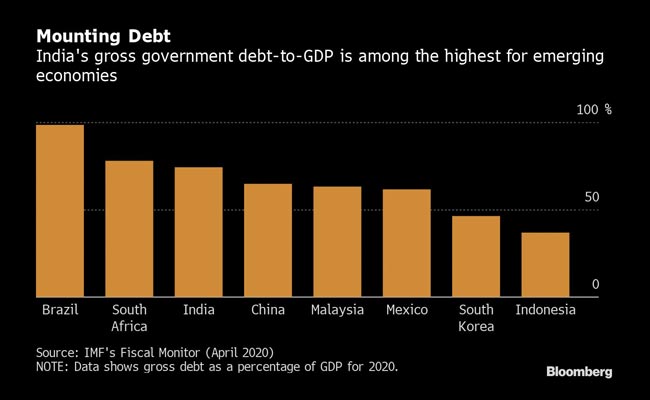 Authorities are already opening up the bond market and need to borrow more to plug a revenue hole, so they can’t afford to lose an investment grade rating by straining the deficit further.

​“The government appears to have given a fair degree of weight to the risks of a downgrade on account of risks from a high fiscal deficit and rising debt-to-GDP ratio — a clear recipe for future instability in macros, especially currency depreciation,” said Shubhada Rao, head of economics at QuantEco Research in Mumbai.

Even after the latest package, “the threat of a downgrade still exists” because of the likely sharp slump in the economy, she said.

According to Prachi Mishra, chief India economist at Goldman Sachs Group Inc., GDP will contract an annualized 45 per cent in the second quarter from the prior three months. For the full year through March 2021, GDP is forecast to decline 5 per cent, which would be deeper than any recession the country has ever experienced.

Businesses have been clamoring for more state support to cushion the blow from the harshest stay-at-home rules in the world, which has left millions jobless. Former government officials and central bankers have increasingly called for extraordinary measures to counter the fallout.

Even though we expect India’s GDP to contract and debt-to-GDP ratio to vault up in fiscal 2021, we don’t think a ratings downgrade would be justified. Looking ahead, recent structural reforms announced by the government should, in fact, continue to support the country’s investment grade rating.

The country was already under fiscal stress before it entered the current crisis. The economy had been steadily slowing on the back of a credit crunch and slump in consumption, reaching an estimated 5 per cent in the fiscal year through March, the lowest in more than a decade. The government missed its budget deficit target last year and set a goal of 3.5 per cent of GDP for the current fiscal year. 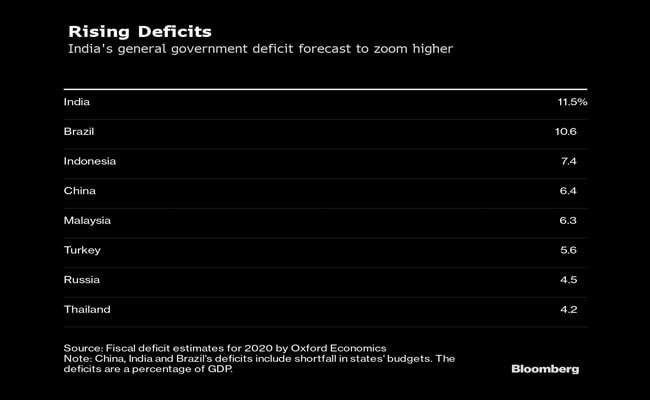 Now, that’s likely to blow out even more as revenues suffer due to slowing growth. Citigroup Inc. is forecasting a fiscal deficit of 7.4 per cent of GDP, a level last seen in 1991. Adding the shortfall from the country’s 28 states would push up the deficit to 11.4 per cent of GDP. Others like Barclays Plc expect the consolidated budget deficit to reach 12 per cent of GDP.

That’s a frightening prospect for many, and may invite a downgrade. Fitch Ratings and S&P Global Ratings rate the country’s debt at the lowest investment grade level, while Moody’s Investor Service has an assessment one notch higher.

While none have commented after the recent measures, Fitch said last week it saw India’s public debt zoom to more than 77 per cent of GDP in the current fiscal year, from its previous forecast of 71 per cent.

With a downgrade likely to derail India’s ambitions of being included in global bond indexes and be part of a massive investment pool, Ms Sitharaman is hoping rating companies will hold off on any move.

“The whole world is hit by coronavirus, so the ratings agencies will obviously have to see each economy in relation to the other,” Ms Sitharaman told the Times of India in an interview published this week. “If my macroeconomic fundamentals are better than many, many other economies, that would come into play,” she added.

The government is planning to boost its domestic borrowing by more than 50 per cent this year to plug the hole caused by sliding revenues and rising spending. That caused a sell-off in bonds and added to calls for the Reserve Bank of India to support the debt market, including directly purchasing government securities.

​“This is what you would call the hard place and the rock,” said Subhash Chandra Garg, a former top Finance Ministry official. “It’s definitely a tough situation. As a government you have to manage your finances on one hand and manage the economy, production, GDP growth, income in the country, on the other.”

Man sentenced to death in Singapore via Zoom call