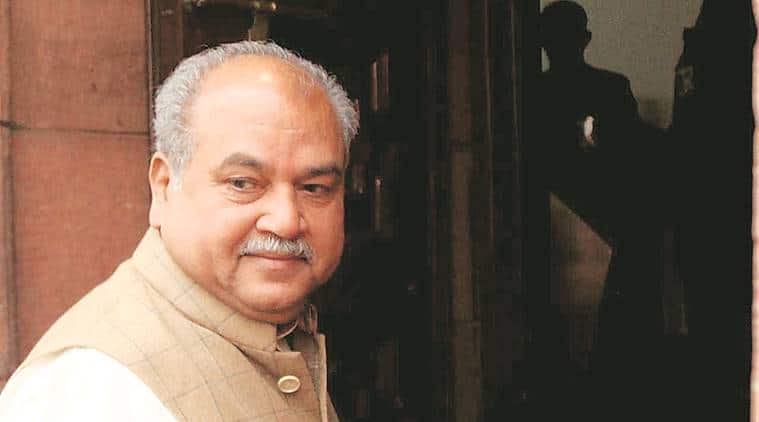 The broad contours of the package suggest a major policy shift away from the socialist era of cooperative farming to corporate farming.

I think this assumption is untrue. There is a class in the country which does not want farmers to progress, and that’s why they make such comments. Farming is the principal activity of our country. Therefore, as much freedom and facilities it gets, it will progress to that extent.

Generally, some political parties used to waive some debts, won elections, and then forgot about the farmers. But the way Prime Minister Narendra Modi is working, he will not only strengthen agriculture and make it profitable but will (also) ensure a continuity – be it marketing or enacting a law for pre-determination of prices and quality…

Finance Minister Nirmala Sitharaman has announced a central law for barrier-free inter-state trade but has not suggested a way for it. How will you do that?

We will enact a central legislation. All states will accept it because it will be in farmers’ interest.

Will the new legislation be a modal Act or binding?

This will be a proper act.

Did you consult states before announcing such a big move?

We will do consultation, if required. All states and political parties are represented in Parliament. We are discussing the issue. We will do it as soon as possible.

Will the government promulgate an ordinance to give immediate relief to farmers?

We are drafting the law. The Cabinet will decide the course of action.

Many states get a substantial revenue from the existing APMC system. Will the Centre protect that revenue?

States will not lose much on this count. It may be around Rs 6,000 crore to Rs 7,000 crore for all states. Let the time come, we will discuss with all. Let the draft be prepared first.

We have been listening to announcements for developing farm-gate infrastructure for years. Why should the latest announcement of Rs 1 lakh crore fund be considered beyond a promise?

The full scheme is being formulated. It will be used to fill infrastructure gaps. We have already done two meetings on this issue. We are in the process of drafting guidelines for the fund. It can be used by FPOs (Farmer Producer Organisations) and cooperatives, etc. Besides, the PPP model can also be considered.

Do you think the government should change the target of doubling of farmers’ income by 2022 to a later year?

It will be too early to say anything (on that) – we have at least two more years. It is true that 4-5 months have been affected by this (Covid-19), but I can say that agricultural production, particularly food production, has not been affected…

As Rural Development Minister, how do you look at the problems faced by agricultural labourers in the wake of Covid-19?

After some time, jobs will be required for labourers returning to villages. To create job opportunities there, economic activities were allowed in rural areas since the beginning. Moreover, we have increased allocation in MGNREGA and will spend more than Rs 1 lakh crore in the current financial year.

The government talks about the poor but the way people are walking on roads and returning to their homes shows that the Centre made some mistake while formulating its response to the pandemic.

I don’t think so. When the country went into lockdown, there was a fear among people about coronavirus, so there was chaos. If relaxations were given, what is happening today could have happened at that time, too. We ensured that labourers had no difficulty. Non-governmental organisations as well as political parties contributed for this cause. Besides, the Centre released Rs 11,000 crore to states so that they can undertake relief work.

I am not saying that migrants (workers) were provided home-like facilities, but we did whatever could have been done. I personally was in touch (with officials) to help stranded migrant workers.. When a person feels in trouble he wants to be with his relatives (at home). When there was strictness, movement of migrants was halted. But now it has been allowed. The number is too large. Some tragic incidents have also taken place.

The Opposition says the government ensured repatriation of wealthy people from abroad but migrant labourers were left to wander on roads to return home.

Congress leaders are in the habit of speaking lies. Their top leadership lies…daily. The Centre and states are working together. It will take time. What are Congress leaders doing? They promised to pay the railways fare. Did they do so? Congress leaders should deposit money for train fare – they have a lot of money. They just do lip service and mislead the people.

Shopping Mall Employees Continue To Struggle For Survival Amid Lockdown4