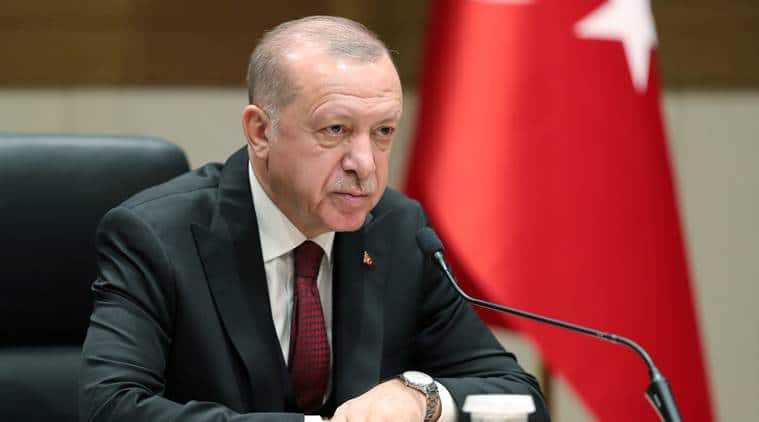 
The government is also relaxing restrictions that were in place on the movement of the senior citizens and minors, Erdogan said.(File)

Turkey’s president on Tuesday revealed new plans to ease restrictions in place to curb the spread of the coronavirus, including the July 1 reopening of theaters, cinemas and other entertainment centers.

The government is also relaxing restrictions that were in place on the movement of the senior citizens and minors, Erdogan said. People aged 65 and above will now be able to go out everyday between 10:00 a.m. and 8:00 p.m. _ instead of just once a week _ while minors will be allowed out anytime as long as they are accompanied by a parent.

Erdogan’s new measures come amid concerns of complacency within the population following last week’s loosening of restrictions, including the resumption of domestic flights and the opening of restaurants, cafes, gyms, parks, beaches and museums. Many people flocked to parks, seafronts and picnic locations without heeding social distancing or wearing masks.

Erdogan said, however, that he believes the large crowds are “the exception” and that the population is generally abiding by the rules.

Since Jharkhand’s creation, 1,405 people and around 80 elephants killed in human-animal conflict

‘An epiphany moment’ for corporate political donors may have arrived

Oxford/AstraZeneca vaccine should be effective against new variant: Report

As women take to streets, Taliban says no protest without permission