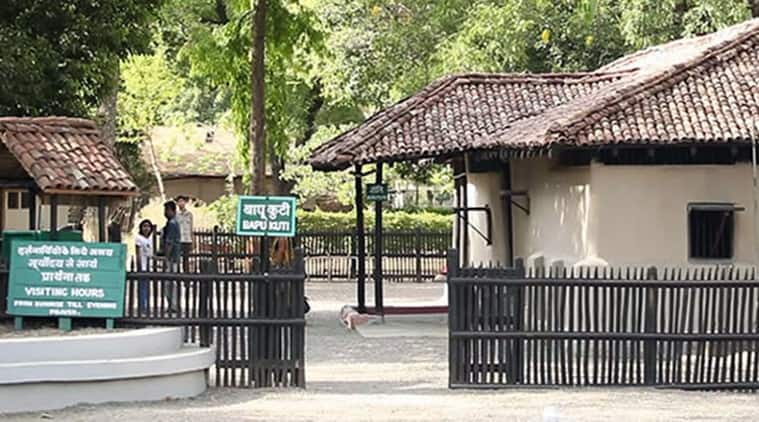 SEVAGRAM Ashram and Sarva Seva Sangh, two leading institutions painstakingly built by Mahatma Gandhi and Vinoba Bhave at Wardha, have been witnessing unprecedented upheaval over the past four months.

As earlier reported by The Indian Express, the Ashram’s president T R N Prabhu was unceremoniously removed from the post by Sangh president Mahadev Vidrohi on March 18 for, among other stated reasons, the latter’s denial of permission to the Congress Working Committee (CWC) to hold its meeting at the Ashram in October 2018. Vidrohi had termed Prabhu (73), his colleague of 30 years, a “Godsewadi “,

Since then, both the Ashram and Sangh have witnessed a string of removals and resignations. On Monday, general secretary of the Sangh, Chandan Pal, 71, was also removed by Vidrohi. In protest against the current developments, the Sangh’s organising secretary Ramesh Pankaj resigned from his post on Friday.

It has also come to the fore that Vidrohi had “removed” 70-year-old Ashaben Bothra, a member of the Ashram’s 12-member working committee (WC), and office secretary Siddheshwar Umbarkar, who was appointed by Prabhu. Umbarkar was axed on the very day of his appointment, March 21 this year.

The tenure of Pal, a veteran of many peace initiatives in Assam and Bengal, had ended on March 31 along with that of Vidrohi and seven other members of the nine-member Sangh, which is a trust. The new body, however, couldn’t be elected in an all-India meeting of Sarvoday Mandals of various states, which was to be held at Kottayam on March 30 and 31.

“Clearly, Pal’s removal is an action taken against a member whose term has expired by a president whose term has also expired. In that sense it doesn’t carry any meaning,” said Sevagram and Sangh committee member, Avinash Kakde.

Incidentally, Pal had also tried to reason with Vidrohi over the “wrongful ” removal of Prabhu and had also offered to mediate between the two. “Prabhu had accepted the offer but according to Pal, Vidrohi had asked him what would be the “legal basis” for such a discussion and said, “I can’t see Godse’s offspring and Congress through the same lens”. He had also allegedly accused Pal of “openly supporting one particular section and of seeing the goings-on in the Ashram as right.”

An anguished Pal has written a letter to all Sarvoday and Gandhian leaders across the country, saying,” …All Sarvoday members have every right to raise questions if there is anything wrong in our behaviour, manner, attitude, dealings, style of functioning and governance… What has happened in recent times is enough to damage the great history, reputation, image and glory of Sarvoday and Sangh. I would like all dignified, honourable members to come forward to settle the matter,” he wrote.

“I was taken on the WC by virtue of being president of the Rajasthan Pradesh Sarvoday Mandal and because of my dedication towards Gandhian and Sarvoday causes. But suddenly, on February 1, I got a summary dismissal letter from Vidrohi without assigning any reason. Before that, I had raised some issues that Vidrohi wasn’t comfortable with, such as making uncharitable remarks about Prabhu at the Sangh’s meeting in Mumbai in January, where Prabhu wasn’t called despite being a Sangh member. I had said it wasn’t proper to talk disparagingly about him when he wasn’t present,” said Ashaben Bothra.

Bothra, who said her parents had also spent their lives in the Gandhian and Sarvoday movement, further said, “Are the Ashram and Sangh anybody’s personal property? Is this how Gandhi and Vinoba would have resolved issues? ”

Kakde and Bothra claimed that the Ashram WC had a fixed five-year term as per the Ashram’s constitution and hence nobody could be removed before completion of their term. They also claimed that since Vidrohi’s term ended on March 31, he can’t take any decision to remove or appoint anyone.

“I refuse to accept my removal and continue to assume that I am still a WC member,” said Bothra.

Ramesh Pankaj, who resigned as Sangh organising secretary on Friday, said, “…Gandhi and Vinoba taught love and compassion. And Prabhu had taken a principled stand to not allow CWC meet… how does that make him a Godsewadi? Vidrohi worked with him for 30 years and made him the Sangh managing trustee, and later the Ashram president. So, Prabhu wasn’t a Godsewadi then… and he suddenly turned into one?”

Vidrohi, however, said, “Pal had been a witness to all that is going on in the Ashram. I have raised many issues like denial of permission to CWC meeting, denial of permission to hold a play on Gandhi’s life, arrangement of chair to sit inside Bapu Kuti for President Ram Nath Kovind … Pal didn’t address those issues during his time. Now, he is writing a letter. And there are some insidious things happening which I don’t want to discuss publicly at this juncture.”

About Bothra’s removal, he says, “I had appointed her but she was taking an adversarial positions on many issues.”

Asked if there was anything in writing in the Ashram’s constitution that empowers him to remove anyone before the fixed five-year term, Vidrohi said, “Nothing is written but it is understood that the appointing authority can also remove a person.”

Once touted as the next big thing, Tinu Yohannan sets out to help Kerala fast bowlers in Covid-19 world