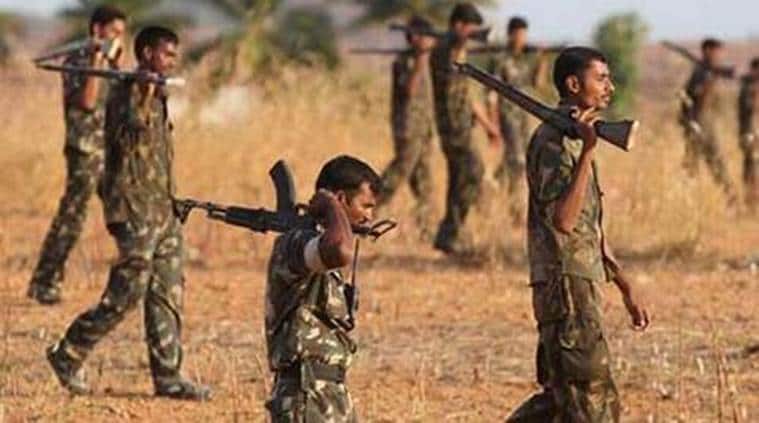 
On June 4, based on a tip-off, police had intercepted two men carrying around 400 rounds of SLR ammunition from Sukma. (Representational Image)

An assistant sub inspector and a head constable of the Chhattisgarh Police, posted in Sukma district, were arrested on Monday for allegedly helping supply ammunition to Maoists. The police have formed a Special Investigation Team (SIT), headed by Sukma’s Additional Superintendent of Police (SP), to investigate the incident, officials said.

On June 4, based on a tip-off, police had intercepted two men carrying around 400 rounds of SLR ammunition from Sukma. In the course of the subsequent investigation, they arrested two more people from Kanker. “The two men from Kanker had links with maoist rebels in the area. Call records show them speaking to area committee leader Darshan Pedda. When we were interrogating them, they led us to the policemen,” Bastar IG P Sundaraj said.

He added, “Both policemen — head constable Subhash Singh and ASI Anand Jatav — were posted at the the police lines in Sukma. We are investigating further.”

According to sources, the two policemen were involved in maintaining ammunition stocks for the polic and were allegedly selling the same stock. “Prima facie, it seems they were forging the records. We are investigating the modus operandi,” said a police officer in Sukma.

While the two men who were arrested from Kanker had close to 700 rounds of ammunition, it is unclear how much of the consignment had been shipped, police said.

“They would charge a commission on the cost of the ammunition. There is a possibility that they have supplied arms, uniforms and caps as well in the past. We are investigating,” said the officer.