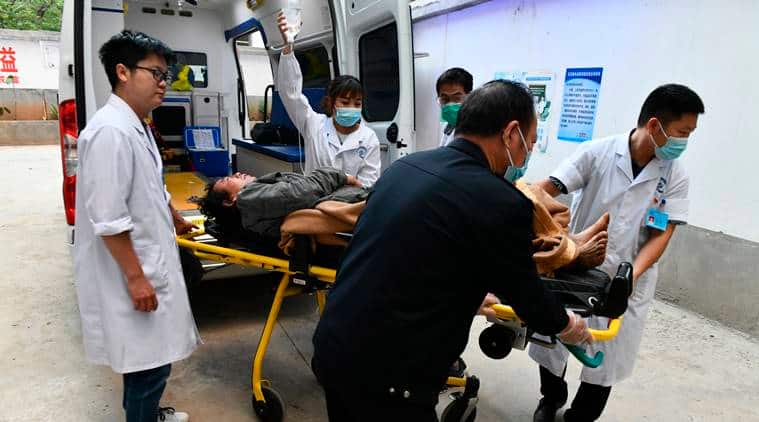 
In this photo released by Xinhua News Agency, medical staff transfer an injured person after an earthquake in Qiaojia County of Zhaotong, southwest China’s Yunnan Province, Tuesday, May 19, 2020. (Chen Xinbo/Xinhua via AP)

Rescue forces have rushed to the quake zone.

According to the China Earthquake Networks Center, the quake struck at 9.47 pm on Monday.

The epicentre of the earthquake was at a depth of eight kilometres and it was felt in Huize County of Qujing City as well as the cities of Zhaotong, Xuanwei and Chuxiong Yi Autonomous Prefecture.

Indian-Americans have been pillar of support in fight against COVID-19: Ambassador Sandhu