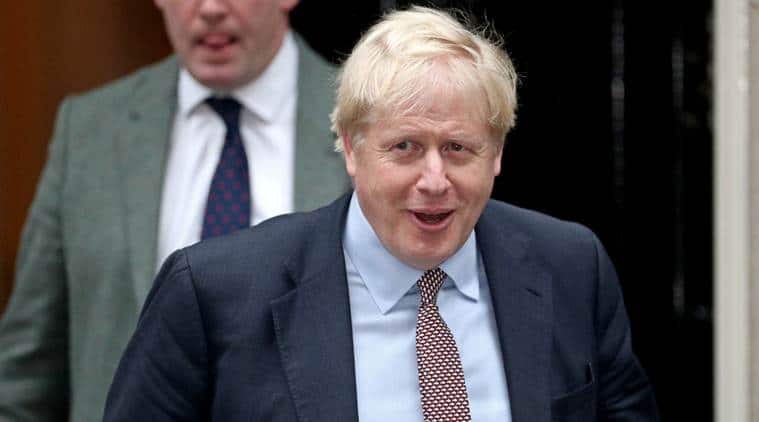 
Johnson said China’s new National Security Law is a threat to the rights and freedom of the region and in direct conflict with Hong Kong Basic Law.

Prime Minister Boris Johnson on Wednesday held China in “clear and serious breach” of the Sino-British agreement under which Hong Kong had been handed over to the Chinese authorities and confirmed that a citizenship route will now be offered to Hong Kong’s British National (Overseas) passport holders.

Addressing his weekly Prime Minister’s Questions (PMQs) in the House of Commons, Johnson said China’s new National Security Law is a threat to the rights and freedom of the region and in direct conflict with Hong Kong Basic Law.

“We stand for rules and obligations and we think that is the soundest basis of our international relations. The enactment and the imposition of this National Security Law constitutes a clear and serious breach of the Sino-British Joint Declaration. It violates Hong Kong’s high degree of autonomy and is in direct conflict with Hong Kong Basic Law,” he told MPs in Parliament.

“The law also threatens the freedoms and rights protected by the Joint Declaration. We made clear that if China continued down this path, we would introduce a new route for those with British National (Overseas) status to enter the UK, granting them limited leave to remain with the ability to live and work in the UK and thereafter to apply for citizenship. And, that is precisely what we will do now,” he said.

The UK has committed to make it easier for the estimated 350,000 Hong Kong residents who are British National Overseas (BNO) passport holders to come to the UK, as well as nearly 2.6 million others who are eligible to BNO status. Under current rules, they are entitled to visa-free access to the UK for six months but under a new “bespoke” system this will be further extended.

UK Foreign Secretary Dominic Raab followed up Johnson’s comments with a statement to the Commons in response to China’s imposition of what has been branded an “anti-protest” law in Hong Kong and laid out the specific aspects of the new law which are a ?flagrant assault? on the rights guaranteed under the Sino-British agreement.

“We want a positive relationship with China. We recognise its growth, its stature and the powerful role it can play in the world. It is precisely because we respect China, as a leading member of the international community, that we expect the Chinese government to meet its international obligations, to live up to its international responsibilities,? he said.

The minister said that though the Chinese government failed to live up to its commitments and undermined international trust, the UK will ensure it keeps its word to the people of Hong Kong.

“This is a special, bespoke, set of arrangements developed for the unique circumstances we face and in light of our historic commitment to the people of Hong Kong,” he added.

He said that further details of the new visa route will be laid out in Parliament by Home Secretary Priti Patel in due course.

The UK Home Office said the new bespoke route for BN(O)s will be implemented in the coming months, with an exact date and further details to be confirmed. In the meantime, any British National (Overseas) citizens wishing to come to the UK will be able to do so after standard checks.

Opposition Labour Party shadow foreign secretary Lisa Nandy welcomed the government’s move following the “deeply shocking” move by China and ensuing arrests in Hong Kong which she said have “stunned the world”. But she stressed that the government must ensure the new citizenship route for Hong Kong’s BNO passport holders is enforced in an equitable way and not limited to only rich Hong Kong residents who can afford a move to the UK.

“We are concerned that this must not become a scheme simply for wealthy Hong Kongers to abandon the city and leave others behind,” she said.

The new law, which targets secession, subversion and terrorism with punishments up to life in prison, came into effect on Tuesday.

Critics say the law, approved by Chinese President Xi Jinping, effectively puts an end to the “one country, two systems” principle enshrined in the 1985 Joint Declaration, a legally binding agreement signed by the UK and China which protected certain freedoms in the territory for at least 50 years.

China rejects criticism of its actions, on what it says are internal matters.

Pence defies Trump, saying he has no power to reverse defeat