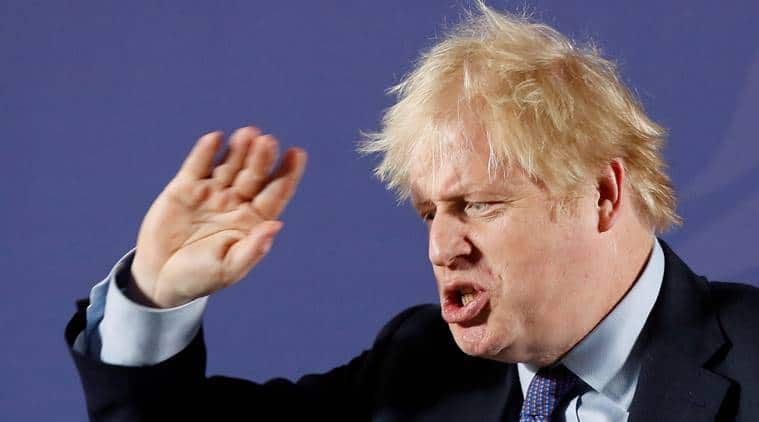 
British Prime Minister Boris Johnson is due to hold talks with EU chief Ursula von der Leyen and other top officials of the bloc by video call on Monday in a bid to break the impasse in trade talks.

The British government is watering down plans for full border checks on goods coming from the European Union to relieve pressure on businesses hammered by the coronavirus pandemic, UK media reported on Friday.

The UK left the now-27-nation bloc on January 31, but remains part of its single market for trade and other economic structures during a transition period that lasts until the end of the year.

The two sides are trying to negotiate a free trade deal to kick in after that, but talks have stalled amid wide differences over key issues, from fishing rights to competition rules.

The UK insists it won’t ask to extend the transition period, even though a two-year extension is permitted under a UK-EU divorce agreement.

Many British businesses say that will leave them facing devastating tariffs and red tape.

In February the UK government announced that goods coming from the EU would require inspections and customs declarations. But the Financial Times reported that Michael Gove, the minister in charge of Brexit preparations, will announce a more “pragmatic and flexible” approach to border checks.

UK exports to the EU are still likely to face checks entering the bloc, however.

Britain’s economy is already reeling from the impact of the coronavirus pandemic. Economic activity shrank by 20.4% in April, the first full month after a nationwide lockdown was introduced to slow the spread of the virus.

COVID-19 has also set back British plans to have new customs facilities and border officials in place by the end of this year.

British Prime Minister Boris Johnson is due to hold talks with EU chief Ursula von der Leyen and other top officials of the bloc by video call on Monday in a bid to break the impasse in trade talks.

How South Korea responded to fears over the flu vaccine

Minnesota officer who killed Daunte Wright will be charged with manslaughter