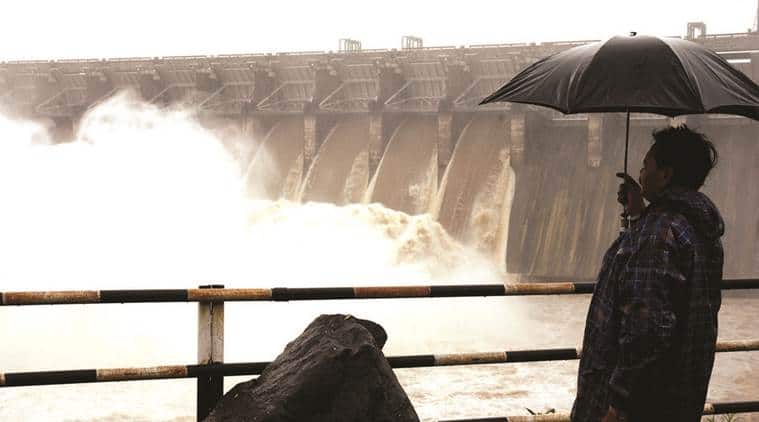 After 46 years, the water level of Ukai dam in the month of June stood at 319.86 feet, indicating that there won’t be shortage of water supply even if the rainfall this year is poor, according to the authorities.

Water from Ukai dam is supplied for irrigation, drinking and industry purposes in Surat, Ankleshwar, Tapi, Navsari and Valsad districts. The dam authorities claim that even if the rainfall is poor this year, there would be no shortage of water supply. The dam gets inflow from 22 gauge stations in the neighbouring Madhya Pradesh and Maharashtra.

Surat irrigation department superintendent engineer RN Patel, said, “The dam caters to the needs for drinking water in Surat Municipal Corporation areas and nagarpalikas in Tapi, Navsari, Ankleshwar and Valsad districts. The dam also provides water for industrial purpose to Hazira in Surat network and for irrigation in Surat and Ankleshwar. Yearly around 3000 MCM (Million Cubic Metre), is used for irrigation purpose, followed by 580 MCM water for drinking purpose, and 230 MCM for industry use.”

With the present level of water, Ukai dam is at 44.64 per cent storage capacity. The live storage of water in the dam is 3004 MCM (Million Cubic Meter) and the danger level is 345 feet.

“We don’t have to worry for the year. If there is good monsoon, we will work according to the norms and discharge excess water into the Tapi river,” added Mahakaal. In 2019, the water level reached 345 feet during monsoon.

Vadodara: The water level in Sardar Sarovar Narmada Dam, located in Kevadia Colony in Narmada district, has risen to 123.02 metres on Wednesday, following an inflow of close to 14500 cusec water from its upstream — Madhya Pradesh’s Indirasagar Dam.

The level in Narmada dam, which is the lifeline of Gujarat, was steady at around 121.5 metres for almost a fortnight and saw a steady rise until Wednesday when it received a substantial inflow from MP. The SSNNL is releasing 6,000 cusecs through the main canal. Officials said that the inflow of water into the Narmada dam has been recorded following the beginning of hydropower plants at the Indirasagar Dam in MP.

The total live storage in the dam is 1,765 MCM. The overflow level of the dam was 121.92 metres before the work on the installation of 30 gates was completed in 2017, to raise the height of the dam to 138.63 metres. Last year, the water level reached the momentous figure of 138.63 metres in the extended monsoon in September.

MS Dhoni reveals his ‘newest beast’, here is all you need to know about it

SVAMITVA granted, Haryana farmers ask: ‘how do we use it?’