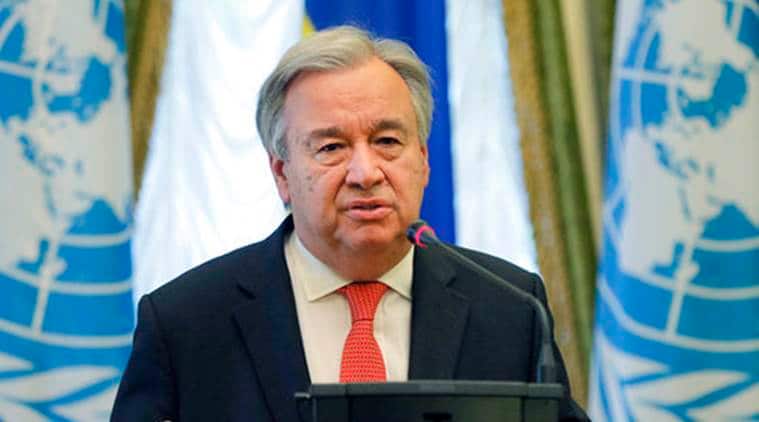 
He said a central problem is not only police brutality but “the difficulty of many authorities to deal with diversity,” starting with so-called profiling.

The United Nations secretary-general is urging a global fight against racism and discrimination following the “murderous act of police brutality” against George Floyd that has led to widespread protests in the United States and cities around the world.

Guterres said “the primacy of reason, tolerance, mutual respect” in the world is now being called “dramatically” into question by nationalism, irrationality, populism, xenophobia, racism, white supremacism, and different forms of Neo-Nazism.

My position on racism is crystal clear: this scourge violates the UN Charter and debases our core values. Every day, in our work across the world, we strive to do our part to promote inclusion, justice, dignity and combat racism in all its manifestations.

He said a central problem is not only police brutality but “the difficulty of many authorities to deal with diversity,” starting with so-called profiling.

The secretary-general called for all police forces to be fully trained on human rights, adding that “many times police brutality is the expression of the frustrations of the police officers themselves, as well as of the lack of adequate psycho-social support to them.”

Since Jharkhand’s creation, 1,405 people and around 80 elephants killed in human-animal conflict

Chuck Yeager, test pilot who broke the sound barrier, is dead at 97

In Kamala Harris, a choice at once safe and energising