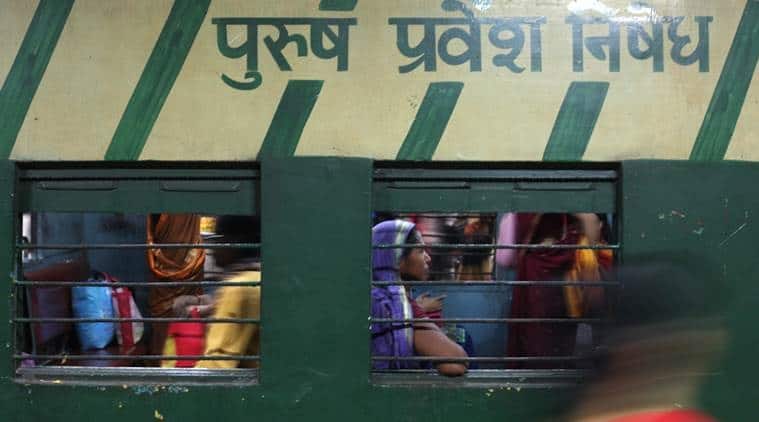 Written by Johnson T A
| Bengaluru |


“It is not clear whether the Railways are going to charge only 15 per cent of the fare for travel by Shramik Special trains,” the HC division bench observed.

With questions being raised by the Karnataka High Court on the legality of the refusal of the BJP government in the state to bear the cost of migrants’ train travel – when their home states fail to deposit funds to cover the fares – the Karnataka government Friday announced it would fund tickets on all Shramik Special trains till May 31.

“The government has considered the plea of migrant workers who were unable to bear the travel expenditure to go back to their home towns. The Karnataka government will bear the cost of travel of migrant workers and stranded persons to their respective states by Shramik trains up to May 31, 2020,” Chief Minister B S Yediyurappa said.

“The government considers migrant workers, who have come from far flung parts of our country, as our own people and it is my firm belief that they too must be supported by the state,” he added.

The government’s decision came a day after the HC, which is hearing a PIL about the plight of migrant workers, summoned the state chief secretary and labour secretary to explain why Karnataka was deviating from policy laid down for free travel of migrants.

In an earlier hearing, on May 18, the state government had maintained in written statements that migrant workers would have to pay the cost of travel if their home states did not agree to bear their train fare. The state also argued that the HC cannot interfere in the matter since the Supreme Court on May 15 had not intervened in the issue of migrants walking home in the absence of public transport.

In a hearing on Thursday – in the petition about the predicament of stranded migrant workers who are being forced to take up long journeys by foot to their homes in northern India on account of inability to pay – the divison bench of the HC headed by Chief Justice Abhay Sreenivas Oka also questioned the stand of the Railways on the issue.

“It is not clear whether the Railways are going to charge only 15 per cent of the fare for travel by Shramik Special trains,” the HC division bench observed.

As per the policy for travel on Shramik Special trains, declared by the Centre in a memo dated May 16 and placed in the HC, the train fare for migrants will be paid by the state governments – with the states where workers are stranded paying the cost of train fare and collecting reimbursements if the home states do not deposit the travel funds.

“There has to be a clarity on the question of the extent of fare charged by the Railways for Shramik Special trains,” the bench observed in its orders on Thursday.

“The situation which has arisen today is due to the reason that there was no time available for the migrant workers to go back to their respective states after the declaration of lockdown. By the time the embargo on travel from one state to another was diluted, many of the migrant workers must have lost their jobs and/or source of livelihood and therefore, they are unable to pay the train charges,” the HC observed.

“The concept of a welfare state has been consistently a part of our Constitutional philosophy. Today, because of the reluctance of the state government to bear the train fare of migrant workers who are not in a position to pay, apart from the allegation that it will violate the fundamental rights of the migrant workers, they will be forced to continue to stay in the state,” the bench of Justice Oka and Justice B V Nagarathna said in their order.

Waiting to board an Uttar Pradesh-bound train from Chikkabanavara Railway Station in Bengaluru on Friday. (PTI photo)

“The migrant workers who are staying in the state by leaving their families in the states of their origin are in a precarious position because they are unable to send money for maintenance of their families. These are all human issues which need to be addressed by the state government as well as the central government, considering the concept of a welfare state,” the HC bench observed.

“As there is no clarity on the question whether the state has taken a conscious decision, we are constrained to direct the Chief Secretary of the state Government as well as the Secretary of the Labour Department to remain present for video conferencing hearing on Tuesday, 26th May, 2020 at 11.00 am,” the HC ordered on Thursday.

Earlier, on May 18, the HC division bench had asked the Karnataka government to explain the legal validity of its decision to allow free travel of migrants only if the home states of workers had deposited funds to cover the ticket fares of the stranded workers.

During the May 18 hearing it had emerged through a May 16 memo placed in the court by the central government that some states like Madhya Pradesh, Himachal Pradesh, Odisha, Assam, West Bengal, Manipur, Uttarakhand, Nagaland and Tripura had deposited money in advance with Karnataka for arrangement of train services for movement of migrant workers.

With the majority of migrant workers in Karnataka hailing from the states of Uttar Pradesh, Bihar and Jharkhand, it emerged that these workers were paying from their own pockets to return home despite the centre announcing a policy where states and the railways bear the cost of travel on Shramik Special trains.

“The state government must state before the court whether it wants to deviate from the stand taken by the Government of India on the issue of bearing the fare of the Railways and whether it really wants to take a stand that a migrant worker who has no income and is not in a position to pay railway fare will not be allowed to travel by Shramik special trains to his home state,” the HC bench said in orders following a hearing on Monday.

“Considering the constitutional rights of the migrant workers, no one should be deprived of an opportunity to go back to his own state only for the reason that he has no capacity to pay for the transport. The reason is that inability to pay is due to loss of livelihood,” the HC said.

More than 70 per cent of the trains have traveled to destinations in UP, Bihar and Jharkhand where passengers have been charged approximately Rs 1,000 each. The 1.62 lakh workers who have been able to find seats on the Shramik Special trains are among the over five lakh who have applied to avail the train services through various means in Karnataka.

The Shramik Special trains for migrant workers are being operated by the Railways after obtaining clearances from both the sending and receiving states.

Cyclone Amphan: Bengal Asks Railways Not To Send Shramik Trains Till May 26

Oil sardines making a comeback on Kerala coast, but fishers should wait