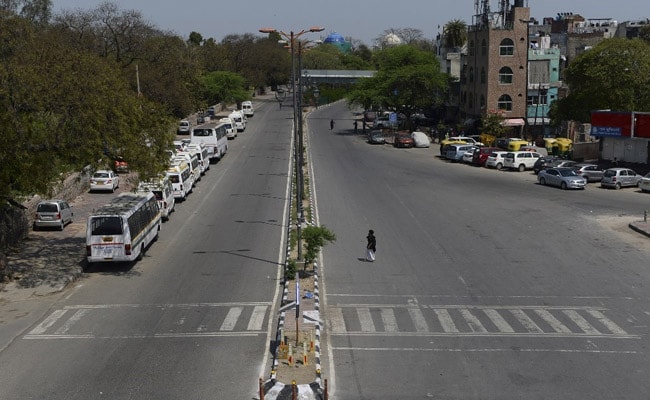 Boston Consulting Group, a US-based consulting firm, is assisting India’s Health Ministry in its fight against COVID-19, NDTV has learnt. BCG, headquartered in Boston and with a presence in 50 countries, is best known for providing strategic advice to businesses and governments on management solutions.

On its website, there is no specific mention of its expertise in responding to public health crises, like the present pandemic.

“Boston Consulting Group (India) is privileged to work with Government stakeholders in preparing for the fight against COVID-19 including scenario mapping, planning responses and analysing trends. As a matter of policy, BCG cannot comment on the specifics of the work,” BCG said in a statement.

BCG’s role came to light when the government shared estimates by different agencies and experts, including the Statistics and Programme Implementation Ministry, of the number of deaths and infections averted by the lockdown.

The government had shared five different estimates, of which BCG’s numbers were the highest. The consulting group’s projections said that between March 25 and May 15, about 36 to 70 lakh cases were avoided and 1.2 to 2.1 lakh lives were saved because of the lockdown. These were almost double the estimates given by others, which projected that about 14-29 lakh cases were avoided and anywhere between 37,000 to 78,000 deaths were averted.

It is, however, unclear how BCG arrived at these numbers. Multiple experts we spoke to said that the information shared by the government on BCG projections does not give enough details to ascertain the basis of the forecast.

NDTV has learnt that in addition to making projections, BCG has also been stationed in the Health Ministry’s COVID-19 control room.

While the chairman of BCG India, Janmejaya Sinha, declined to comment on the specific details of the work they do for the ministry, he confirmed that there is a BCG team working in the Health Ministry.

“We don’t talk about what we are doing with any client, anywhere. But in the Ministry of Health, they have acknowledged there is a team that is working,” he said.

The use of business consulting firms by the government, while not unusual in normal times, is fairly unprecedented in a pandemic, say experts.

Sujata Rao, former Union Health Secretary, said that this had not happened during her tenure at the ministry till December 2010. “We have never ever allowed any foreign, or even Indian management consultancy firms to be there. We have always worked with the WHO (World Health Organisation). We have always requested organisations like the CDC (the US government’s Centre for Disease Control and Prevention) to come and help us. But neither in HIV-AIDS nor in any of the viral epidemics we have faced like H1N1, H5N1, or for that matter, the polio programme did we ever have any such arrangements where… consultancy firms like this would be working within the ministry’s control room,” she said.

T Sundararaman, former executive director of the government’s National Health Systems Resource Centre, said that he thinks “there are some serious problems in using such consultancy groups when it comes to public policy”, one of which is “client-driven research.”

“There are so many assumptions (in such models). So you know your business model wants more orders from the client, then you tend to look at those assumptions that are favourable,” he said.

“We don’t claim we are epidemiologists. But we certainly know what crisis reforms should be. We work with companies, governments doing that. And some of these are things that require discipline, and actually good consulting skills. Because you need to be able to dimensionalise the problem, you need to have an action agenda,” Mr Sinha said.

On whether there was a commercial role to the relationship with the Health Ministry, Mr Sinha said, “I have to be honest with you, I can’t talk about our engagement. We are not allowed to.”