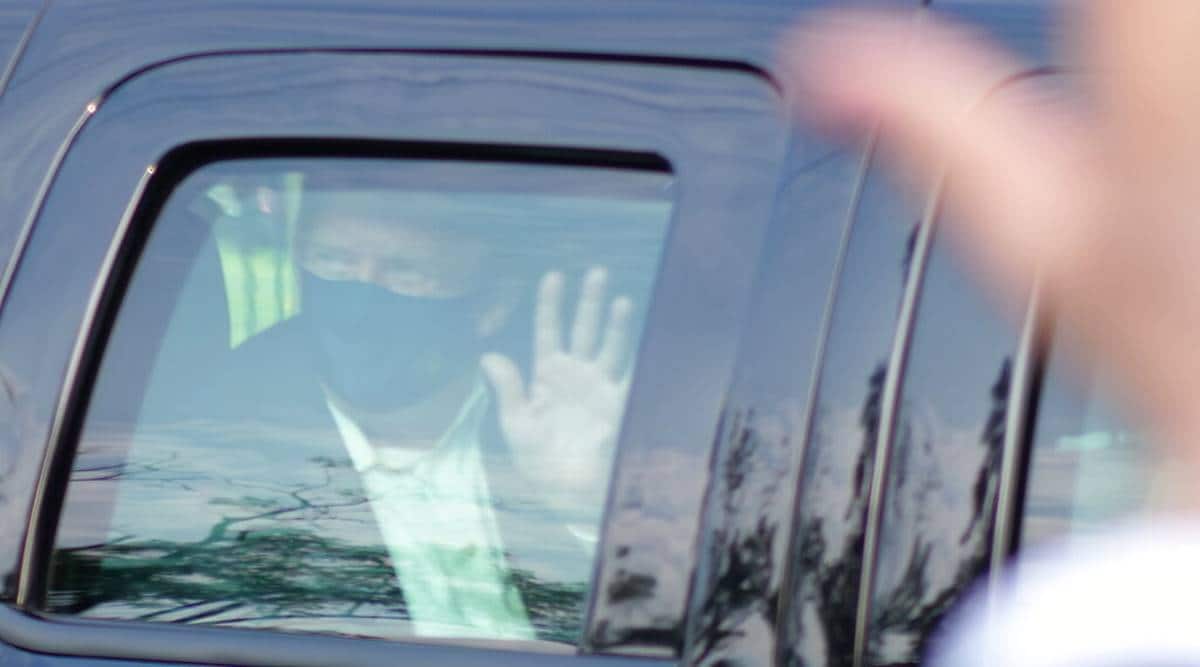 The US elections are only 29 days away, and news of US President Donald Trump’s coronavirus diagnosis on Friday has thrown the elections into a tailspin. If this wasn’t enough to plunge the process into uncertainty, he was later admitted to the Walter Reed Hospital that was followed by hours of no clear update on the president’s condition from the White House.

With no transparency, US news organizations speculated that the 74-year-old president who suffers from pre-existing medical conditions may have been faring worse than was being admitted by the Trump administration.( Follow US Election LIVE UPDATES here)

On Sunday, the medical team treating Trump has said that the leader had been administered dexamethasone, a steroid used to reduce inflammation. With the lack of transparency displayed by Trump’s aides and medical personnel treating him, independent doctors have suggested that Trump being treated with this medication indicates that his condition may be more severe than what was being let on. Reuters has a comprehensive story here.

Then on Sunday, Trump unexpectedly left the hospital to greet supporters from the confines of his motorcade, and was seen wearing a face mask, one of the few times that he has been seen wearing one in public.

His appearance led to observers to speculate that he was attempting to put on a public show of strength, perhaps unwilling to allow his critics and others to believe that he had been particularly hard-hit by the infection and to reinforce that the hospitalization was nothing more than a precautionary measure for one of the most powerful leaders in the world.

Some others believe that the showboating may just be his desire to be out on the campaign trail for his supporters, weeks before November 3, to drum up and influence voters to the extent possible. The next few weeks although significant on the campaign trail, its impact is debatable. Bloomberg has a story on this surprise meet and greet of Trump’s and what has gone on behind the scenes with regard to his medical treatment and political aides who are trying to navigate this unexpected situation. Read the Bloomberg story here.

Some who observers have analyzed photographs released by the administration, say that despite wearing a mask inside the vehicle that Trump used in an interruption of his hospital stay, he had put personnel inside the car at the risk of exposure to COVID-19, including photographers who have been working inside his hospital room to take images of the leader.

During the Trump presidency, there has never been a dearth of opportunities for photojournalists to capture images that don’t need words to tell the story. Most recently, Reuters photographer Erin Scott captured a candid image of Trump’s chief of staff, Mark Meadows, who was seen rubbing his head during a Sunday briefing on the president’s health led by as Navy Cmdr. Sean Conley. As political news outlet The Hill reported, the image went viral, and perhaps helped provide a look at how White House aides had been coping with the news of Trump’s diagnosis. Read it here.

Following news of Trump’s health, the conversation over the weekend has also centered around how the Trump campaign deliberately put the health of countless people at risk by not wearing face masks during the first presidential debate. Fox News anchor Chris Wallace who also moderated the first debate sparred with senior Trump campaign adviser Steve Cortes during a Fox News on Sunday segment, where Wallace sparred with Cortes over the Trump family and other campaign staff’s refusal to wear face masks in light of Trump’s diagnosis. Cortes pushed back, claiming that the use of face masks was “in some element of individual choice”. Critics say that Cortes’ defense is in line with the views of Trump and his aides, as well as that of his supporters, who among other justifications, have implied that wearing face masks would curb their freedoms. TIME magazine has more on this story here.

One of the most important talking points this weekend has been this: what happens if Trump’s health renders him unable to function as president. The next question has been what happens if US Vice President Mike Pence needs to step up to become Acting President. It isn’t that there is no precedence for this in US political history; it has happened thrice before. Politico provides some historical insight into this process that allows a transfer of presidential powers. Read more here.

Vast protest in Minsk keeps up pressure on Belarus president

Explained: QAnon Is Thriving in Germany