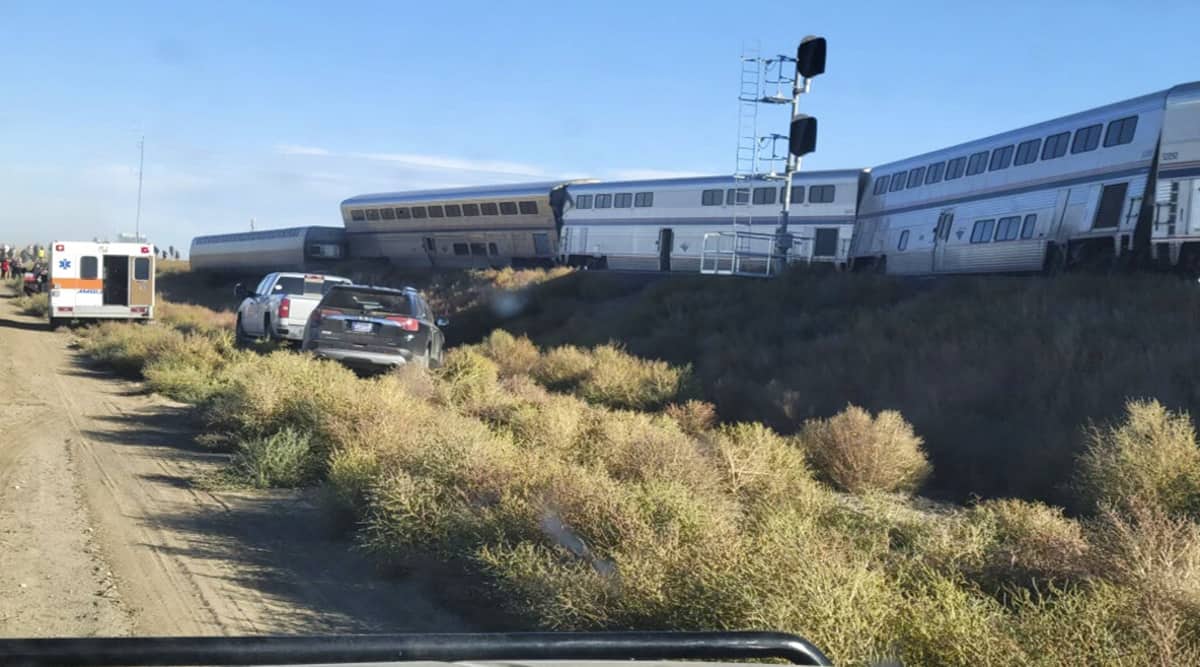 Multiple people were injured after an Amtrak train that runs between Seattle and Chicago derailed Saturday afternoon in north-central Montana, the train agency said.

Five cars of the Empire Builder train, which runs from Seattle to Chicago, derailed at 4 pm near Joplin, a town of about 200, Amtrak spokesman Jason Abrams said in a statement.

The train had about 147 passengers and 13 crew members on board, he said Amtrak is working with the local authorities to transport injured passengers and safely evacuate all other passengers, Abrams added.

It was a sunny fall day with dozens of people standing or sitting alongside the track, some with luggage. (AP)

An eyewitness told KSEN radio that at least four cars were tipped over and on the track.

Emergency responders are on the scene.

Reports and pictures from passengers show cars tipped over off the tracks. It was a sunny fall day with dozens of people standing or sitting alongside the track, some with luggage.

View Review: Is Rawalpindi fast and furious like its Express?

New Zealand PM carries on with TV interview during quake

New Zealand vaccinates 2.5% of its people in a day in drive to live with Covid-19