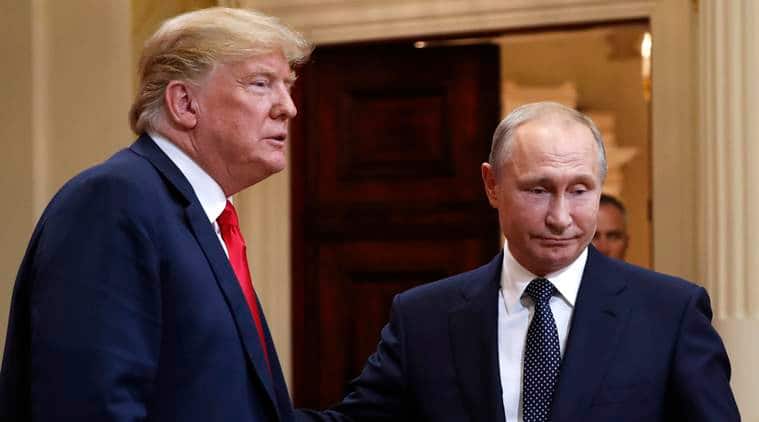 The US and Russia have agreed to start arms control talks this month as the only remaining treaty between the two largest nuclear powers is poised to expire in less than a year, Marshall Billingslea, President Donald Trump’s special envoy for arms control, said Monday.

Russia has offered to extend the New Strategic Arms Reduction Treaty, which expires in February, but Trump wants to see a three-way nuclear arms treaty that includes China. Beijing, which is expanding its nuclear arsenal but is not nearly as big as the ones held by the U.S. and Russia, has expressed little to no interest in negotiating or signing a pact.

A senior administration official said the talks would begin June 22. The official was not authorized to publicly discuss the talks and spoke only on condition of anonymity.

Russian officials and many arms control experts agree that China, as a rising power, should be part of a nuclear arms accord. However, many think the existing one should be extended because they don’t think there’s enough time left to negotiate a new deal, especially one that includes China for the first time.

A spokesman for the Chinese Foreign Ministry, Geng Shuang, said in January that China has “no intention to participate” in trilateral arms control negotiations. Billingslea, however, is optimistic that Beijing will want to join in and be seen as a world power.

New START imposes limits on the number of U.S. and Russian long-range nuclear warheads and launchers. If it were to collapse, it would be the first time in 50 years that the U.S. does not have the ability to inspect Russian nuclear forces, said Rose Gottemoeller, a former undersecretary of state for arms control and international security.

The new document is in line with Russian military doctrine and reaffirms that the president could order nuclear retaliation in response to a nuclear attack or aggression involving conventional weapons that “threatens the very existence of the state.” But the policy document now offers a detailed description of situations that could trigger the use of nuclear weapons. They include an enemy strike on “critically important government or military facilities of the Russian Federation.”

Taliban vow to honor women’s rights but within Islamic law