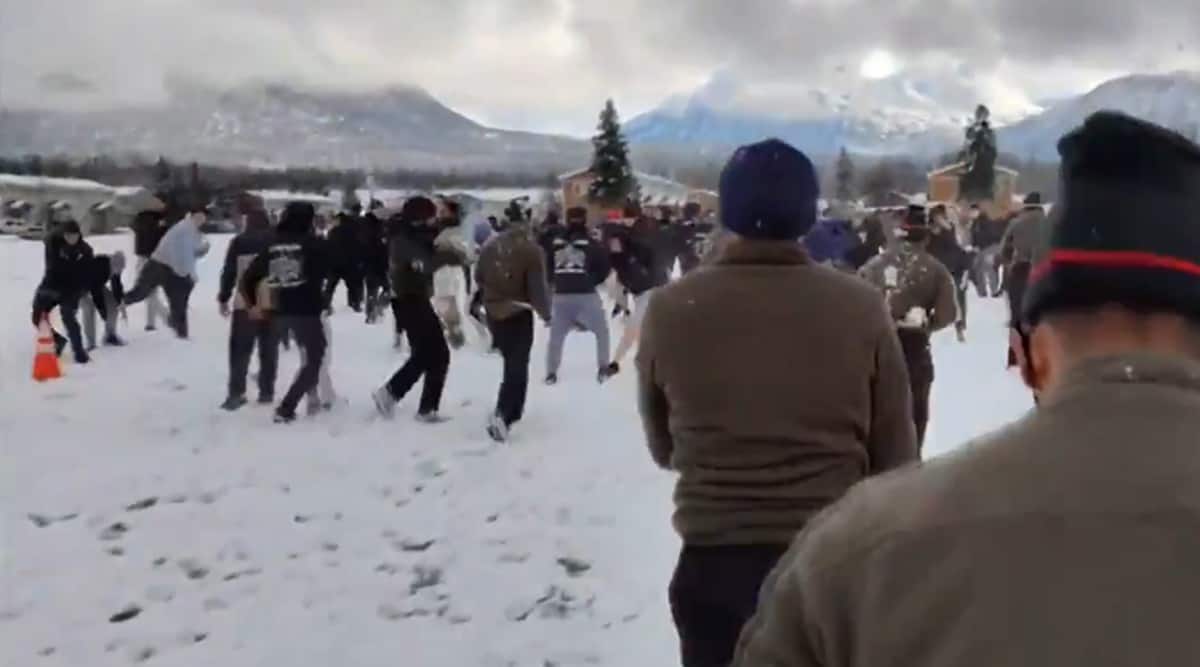 India and US have kicked off their “Yudh Abhyas” military exercise in Alaska on Sunday, with over 300 soldiers from each side participating in the training.

As part of the “ice-breaking session”, the contingents participated in kabaddi and volleyball matches, and a light-hearted snowball fight at the Joint Base Elmendorf Richardson in Anchorage.

#WATCH | As part of ‘Ice-breaking activities’, Indian Army contingent and American contingent participated in friendly matches of Kabaddi, American Football and Volleyball at Joint Base Elmendorf Richardson, Anchorage, Alaska (US)

The “Yudh Abhyas” is the longest-running joint military training and defence cooperation endeavour between the two armies. The previous edition of the exercise took place at Mahajan Field Firing Ranges in Bikaner in February.

The Indian contingent at the 15-days-long exercise comprises 350 personnel of an infantry battalion group of the Indian Army.

“This exercise is another step in the growing military cooperation between the two countries. The exercise aims at enhancing understanding, cooperation and interoperability between two armies,” the Army said, according to news agency PTI.

Indo-US defence ties have been on an upswing in the last few years. In June 2016, the US had designated India a “Major Defence Partner”. The two countries have also signed key defence and security pacts over the past few years, including the Logistics Exchange Memorandum of Agreement (LEMOA) in 2016 that allows their militaries to use each other’s bases for repair and replenishment of supplies as well as provides for deeper cooperation.

Families of Beirut blast victims back judge amid pressure

Godhra Municipality: Independents confident of forming board with AIMIM as BJP claims their support

India, US on same page on many issues relating to Afghanistan: Jaishankar