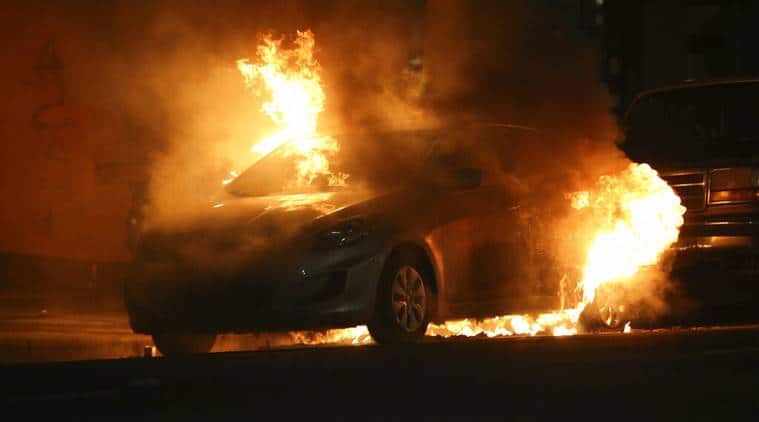 The outrage against the death of George Floyd, while he was being restrained by Minneapolis police earlier this week, triggered a fresh round of unrest across the United States on Friday after protesters clashed with the cops and set buildings on fire, prompting the Pentagon to rope in military police units to contain the crowd.

Late on Friday, several protesters went on a rampage in Minneapolis, vandalising property and setting ablaze vehicles while clashing with cops in riot gears. Several videos, which appeared on social media, showed the demonstrators barging into the Minneapolis Police Department’s 3rd precinct and allegedly setting it on fire. The police station had become the centre of unrest since it is believed that the officer accused of killing Floyd had previously worked here.

🚨🚨🚨LIVE: Minneapolis building on fire near the 3rd precinct. https://t.co/PmPWsgmUnT

In Dallas, reports suggested, a police car was set on fire by a group of protestors.

It was not until the cops resorted to tear gas and rubber bullets that the situation was brought under control.

A few scenes from the aftermath here in Minneapolis. #GeorgeFloyd #minneapolisriots pic.twitter.com/VdKK3r5dwu

Hundreds of protesters even gathered in front of the White House with placards that read ‘Stop Killing Us’ and ‘I can’t breathe’, and demanded justice for the deceased. Demonstrators were also seen marching towards the US Capitol building.

A local television news crew in Louisville, Kentucky, was also was fired upon with pepper bullets by the police. Reporter Kaitlin Rust is seen fleeing from the protest site as police in riot gear opened fire at her and her crew.

LIVE in front of the White House … https://t.co/HIIStVuNWW

BREAKING: Cops being attacked in lobby of CNN HQ in Atlanta; CNN newsroom employees are locked down floors above riotpic.twitter.com/7nijxhWiSV

According to a report by NBC, several fights broke out between police and protesters in New York on Friday, when over 100 people gathered at Union Square. More than 40 people were arrested, as per reports.

Many fear that protestors flouting lockdown rules will worsen the situation in the United States, where over a million cases of COVID-19 have been reported.

US ‘very saddened’ by what happened to the relationship with China: Trump