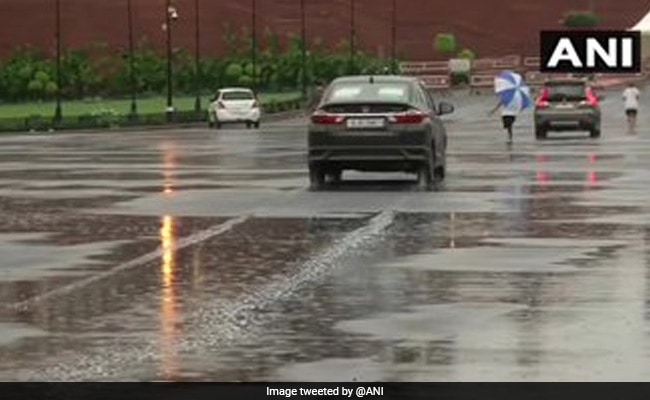 The national capital is likely to witness heavy rains at isolated places over the next two days, the India Meteorological Department said on Monday.

Widespread moderate rains are predicted for the rest of Delhi and neighbouring areas, it said.

“The rainfall intensity and distribution are very likely to decrease significantly thereafter,” the IMD said.

The monsoon though is also running through the region. These two factors together can lead to moderate to heavy rains in Delhi-NCR in the next 24 hours, they said.

The IMD’s regional forecasting centre predicted moderate rains along with winds gusting up to 40 kilometers per hour towards Monday night.

During the day, sporadic light rains and cloudy weather kept the mercury in check in the national capital.

The Safdarjung Observatory, which provides official figures for the city, recorded a maximum of 32.6 degrees Celsius, two notches below the normal.

On Sunday, the first heavy monsoon rainfall in Delhi claimed four lives, including that of a mini-truck driver who got trapped in a waterlogged underpass.

According to the IMD, the Safdarjung Observatory had recorded 74.8 mm rainfall on Sunday.

Rainfall recorded below 15mm is considered light, between 15 and 64.5 mm is moderate, and above 64.5mm is heavy, according to the IMD.

IPL is a huge part of year for lot of players, says Josh Hazlewood