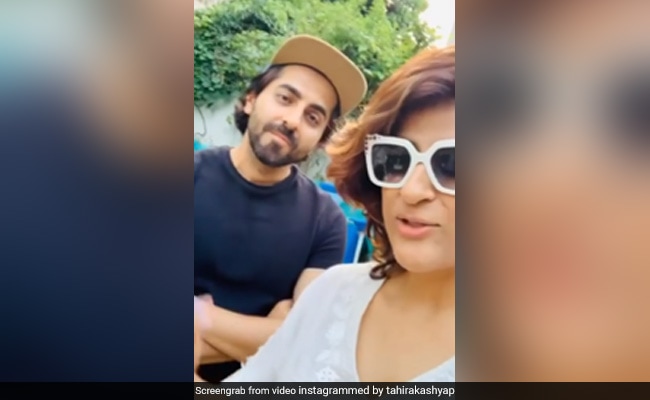 Ayushmann Khurrana and Tahira Kashyap are busy chilling in Chandigarh. On Saturday, Tahira posted a goofy albeit super cute video of herself along with husband Ayushmann on her Instagram profile. She captioned the post: “I have to say this one got it quite early! You can amuse yourself this weekend by trying it on others and trust me it could take them ages to figure out! Have fun.” Filmmaker Anubhav Sinha, who directed Ayushmann in the 2019 film Article 15, wrote in the comments section: “Sab khali baithe hain.”

During their stay in Chandigarh, Tahira and Ayushmann frequently went cycling. The Bala actor shared glimpses on his Instagram profile. He wrote in his caption: “My karmic cycle. Always takes me back to my city.”

Meanwhile, Tahira Kashyap finished her fourth book The 12 Commandments Of Being A Woman. Tahira wrote her first book I Promise in 2011, followed by her next novel Souled Out. She also co-authored husband Ayushmann Khurrana’s biography Cracking the Code: My Journey in Bollywood. She has also has directed short films like Pinni and Toffee. The latter was screened at the 30th Cinekid International Film Festival, Amsterdam and at the 14th Bahamas International Film Festival.

It is self-destructive to become confident about acting: Jitendra Kumar