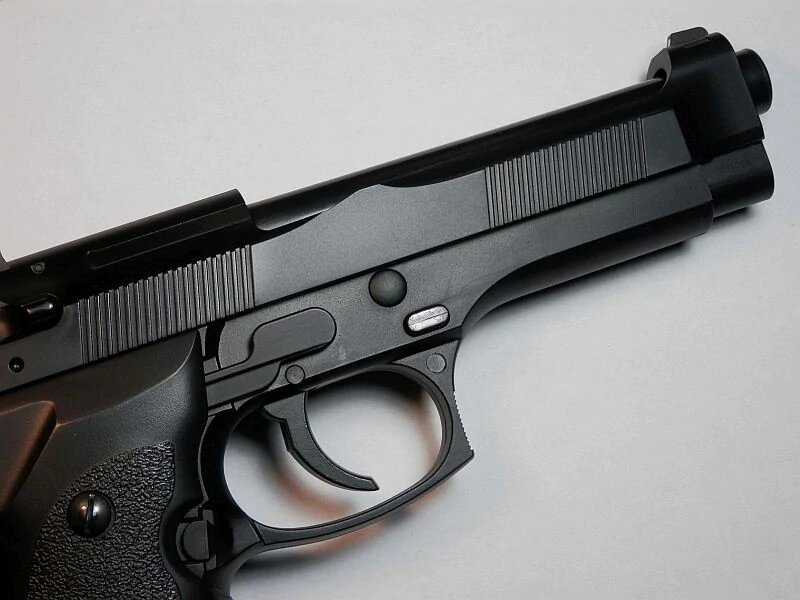 Handgun owners are at substantially heightened risk of suicide in the years after buying their first gun, a large new study finds.

The study of more than 26 million California residents found that first-time handgun owners were nearly four times more likely to die by suicide in the coming years versus non-owners.

Their risk of suicide by firearm, specifically, rose to a striking degree: Male handgun owners had an eight times higher risk, versus other men; the risk soared 35-fold among female gun owners, compared with other women.

That partly reflects the fact that women generally have a low rate of suicide by gun, said lead researcher David Studdert. And, in fact, he said, men accounted for the large majority of firearm suicides during the study period, at 83%.

However, the findings add to a body of evidence linking gun ownership to suicide risk among both men and women.

“It’s one of the most common, and one of the strongest, risk factors for suicide,” said Studdert, a professor of medicine and law at Stanford University.

But while past studies have uncovered the connection, many have been relatively small. In contrast, the current study followed millions of Californians for an average of seven years, and up to 12 years.

It also helps address what Studdert called a “common critique” of past research: Some have argued that certain people buy guns with the intent to kill themselves—and that is what explains the gun-suicide association.

In this study, the risk of suicide by firearm did indeed “peak” immediately after the handgun purchase. But, Studdert said, 52% of all those suicides among handgun owners occurred more than a year after the purchase.

Those findings on “timing of risk” are important, said Daniel Webster, a professor at Johns Hopkins University and director of its Center for Gun Policy and Research.

“This suggests there’s a subset of people who are intent on suicide, and decide to end their lives with a gun,” said Webster, who was not involved in the study. “But this high risk extends for a long period. That suggests there are many people who were not suicidal when they bought the gun.”

Studdert and his colleagues reported the findings in the June 4 issue of the New England Journal of Medicine.

Americans own more guns than civilians in any other country, the researchers pointed out. Meanwhile, the United States also has one of the highest rates of suicide by gun in the world.

Yet the issue gets relatively little attention, Studdert said.

Firearm homicides—particularly mass shootings—garner widespread media coverage, and much of the focus in debates over gun control. But two-thirds of U.S. deaths that involve guns are actually suicides, Studdert said.

Statistics like those have experts worried in the current social context. Since the COVID-19 pandemic hit U.S. shores, data show that gun purchases are up, Webster noted—though it’s not clear how many of those are first-time buys.

But the mix of unemployment, social isolation, emotional distress and easy access to guns is obviously ominous.

“We’re worried,” Webster said. “And anyone who studies suicide is concerned.”

The current findings are based on California state data on handgun transfers and mortality records. During the study period, more than 1.4 million people died, including nearly 17,900 suicide deaths. Almost 6,700 involved a gun.

A firearm was used in 89% of suicide deaths among handgun owners, versus 33% among non-owners.

According to Webster, a myth persists that “guns don’t matter” and a person intent on suicide will find another way. But, he said, statistics show that when people survive a suicide attempt, they usually get help and do not attempt it again.

Guns are so highly lethal, they rarely allow people to have that chance, Webster said.

There is evidence that gun policies can help prevent suicides. They include waiting periods—which may keep a gun out of the hands of someone intent on suicide—and stricter licensing requirements, Webster added.

And preliminary evidence suggests benefits from so-called “red flag” laws—which allow civil courts to order a temporary removal of firearms from people believed to be at imminent risk of harming themselves or others.

A number of U.S. states have enacted such laws, and Studdert said recent research has turned up “encouraging signs” that they can reduce firearm suicides.

More information:
The Harvard School of Public Health has more on guns and suicide risk.

Citation:
When a handgun is in the home, suicide risk quickly rises (2020, June 4)
retrieved 7 June 2020
from https://medicalxpress.com/news/2020-06-handgun-home-suicide-quickly.html

Gold Price Rises After Biggest Single-Day Decline In A Month

Life after lockdown should start with this healthy to-do list

Coronavirus has forced doctors, insurers to embrace telemedicine like never before