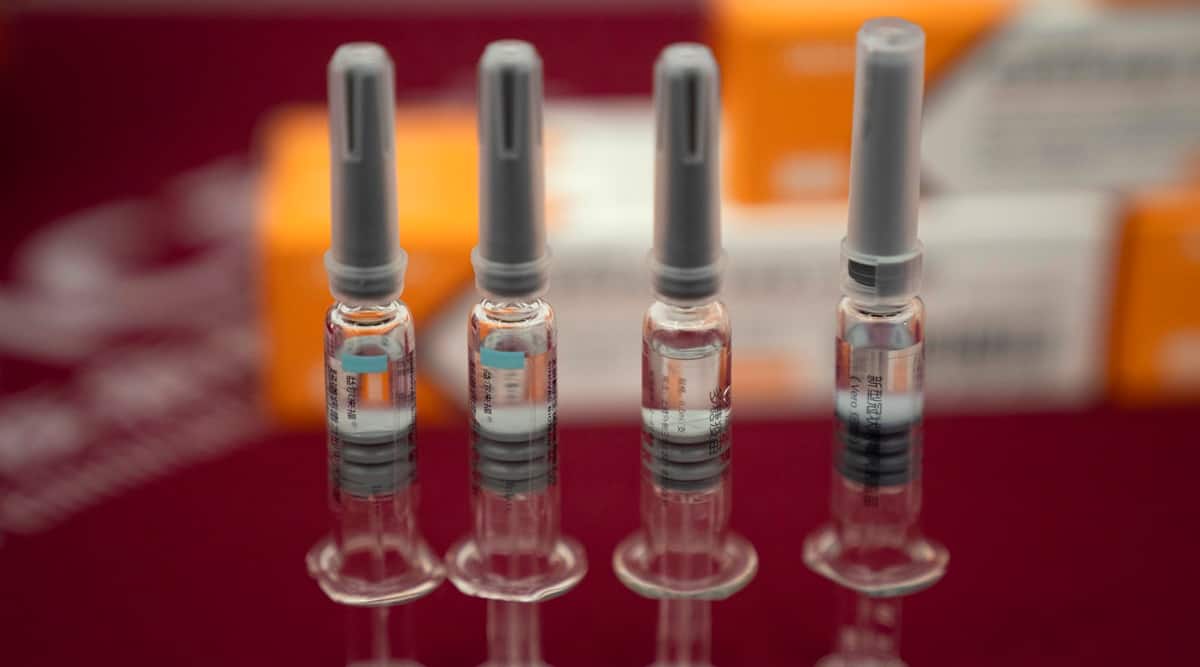 
Syringes of SARS CoV-2 Vaccine for COVID-19 produced by SinoVac are displayed during a media tour of its factory in Beijing on Thursday, September 24, 2020. (AP Photo)

Top White House officials are blocking strict new federal guidelines for the emergency release of a coronavirus vaccine, objecting to a provision that would almost certainly guarantee that no vaccine could be authorized before the election Nov. 3, according to people familiar with the approval process.

Facing a White House blockade, the Food and Drug Administration is seeking other avenues to ensure that vaccines meet the guidelines. That includes sharing the standards with an outside advisory committee of experts — perhaps as soon as this week — that is supposed to meet publicly before any vaccine is authorized for emergency use. The hope is that the committee will enforce the guidelines, regardless of the White House’s reaction.

The struggle over the guidelines is part of a monthslong tug of war between the White House and federal agencies on the front lines of the pandemic response. White House officials have repeatedly intervened to shape decisions and public announcements in ways that paint the administration’s response to the pandemic in a positive light.

That pattern has dismayed a growing number of career officials and political appointees involved in the administration’s fight against a virus that has claimed more than 209,000 lives in the United States.

The vaccine guidelines carry special significance: By refusing to allow the FDA to release them, the White House is undercutting the government’s effort to reassure the public that any vaccine will be safe and effective, health experts fear.

“The public must have full faith in the scientific process and the rigor of FDA’s regulatory oversight if we are to end the pandemic,” the biotech industry’s trade association pleaded Thursday, in a letter to President Donald Trump’s health secretary, Alex Azar, asking for release of the guidelines.

The FDA submitted the guidelines to the Office of Management and Budget for approval more than two weeks ago, but they stalled in the office of Mark Meadows, the White House chief of staff. Their approval is seen as highly unlikely.

A sticking point has been the recommendation that volunteers who have participated in vaccine clinical trials be followed for about two months after the final dose before any authorization is granted, according to a senior administration official and others familiar with the situation, who spoke on the condition of anonymity.

A nun and a doctor, she’s one of Europe’s long-standing vaccine skeptics

Some Afghan girls return to school, others face anxious wait