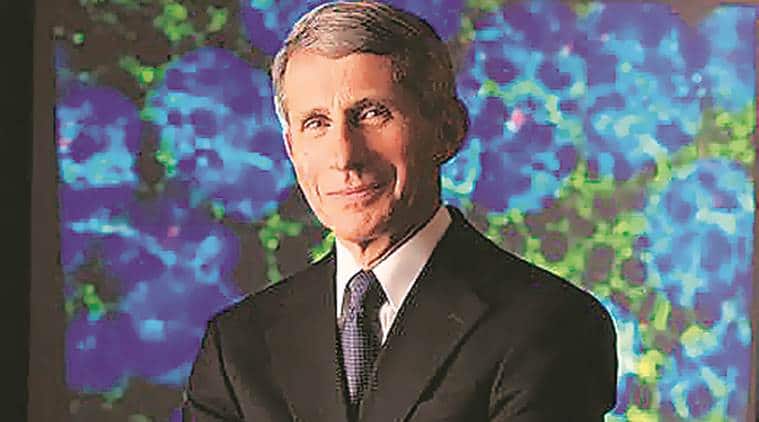 
Last week, Fauci contradicted Trump about the severity of the virus during a FiveThirtyEight podcast.

With US virus cases spiking and the death toll mounting, the White House is working to undercut its most trusted coronavirus expert, playing down the danger as President Donald Trump pushes to get the economy moving before he faces voters in November.

The U.S. has become a cautionary tale across the globe, with once-falling cases now spiraling. However, Trump suggests the severity of the pandemic that has killed more than 135,000 Americans is being overstated by critics to damage his reelection chances.

Trump on Monday retweeted a post by Chuck Woolery, once the host of TV’s “Love Connection,” claiming that “Everyone is lying” about COVID-19.

Woolery’s tweet attacked not just the media and Democrats but the Centers for Disease Control and Prevention and most doctors “that we are told to trust. I think it’s all about the election and keeping the economy from coming back, which is about the election.”

At the same time, the president and top White House aides are ramping up attacks against Dr. Anthony Fauci, the nation’s top infectious diseases expert.

Fauci has been increasingly sidelined by the White House as he sounds alarms about the virus, a most unwelcome message at a time when Trump is focused on pushing an economic rebound.

“We haven’t even begun to see the end of it yet,” he said in a talk with the dean of Stanford’s medical school Monday, calling for a “step back” in reopenings.

Last week, Fauci contradicted Trump about the severity of the virus during a FiveThirtyEight podcast.

While Trump contends repeatedly that he has done a great job against the pandemic, Fauci said, “As a country, when you compare us to other countries, I don’t think you can say we’re doing great. I mean, we’re just not.” Trump later said Fauci had “made a lot of mistakes.”

He pointed to Fauci’s early disagreement with him over the China travel ban and to the evolving guidance over the use of masks as scientists’ understanding of the virus improved — points the White House expanded on in statements to media outlets over the weekend.

Asked whether the president still had confidence in Fauci, a White House official on Monday insisted Trump did.

The official said Fauci, the director of the National Institute of Allergy and Infectious Diseases, was regarded as “a valued voice” on the White House coronavirus task force.

The official spoke on condition of anonymity even though the president has repeatedly railed against anonymous sources. “I have a very good relationship with Dr. Fauci,” Trump told reporters Monday, calling him “a very nice person.”

But the president added, “I don’t always agree with him.”

That supportive message was not echoed by Peter Navarro, a top White House trade adviser who has been working on the coronavirus effort.

In an email, Navarro continued to criticize Fauci to The Associated Press on Monday, saying the doctor has “a good bedside manner with the public but he has been wrong about everything I have ever interacted with him on.”

That includes, he said, downplaying the early risk of the virus and expressing skepticism over the use of hydroxychloroquine, which Navarro has aggressively championed despite contradictory evidence on its efficacy and safety.

Fauci, who has not appeared at recent White House task force briefings and has been largely absent from television, told the Financial Times last week that he last saw Trump in person at the White House on June 2 and hadn’t briefed him in at least two months.

He blamed the fact that he has refused to toe the administration’s line for its refusal to approve many of his media requests. “I have a reputation, as you probably have figured out, of speaking the truth at all times and not sugar-coating things. And that may be one of the reasons why I haven’t been on television very much lately,” Fauci said.

Trump’s political foes put it more strongly. “The president’s disgusting attempt to pass the buck by blaming the top infectious disease expert in the country whose advice he repeatedly ignored and Joe Biden consistently implored him to take — is yet another horrible and revealing failure of leadership as the tragic death toll continues to needlessly grow,” said Andrew Bates, a spokesman for Democrat Biden’s presidential campaign.

Fauci’s public contradictions of Trump have been viewed by the president as a personal affront and have caused some in the West Wing to sour on the doctor, officials say.

Some say that, while he is critical of the president in media interviews, he is largely deferential behind closed doors. And they complain about those outside the administration, including some in the media, who have elevated Fauci at the expense of other officials.

Fauci did not respond to a request for comment Monday.

High-Protein Diet: This Soyabean Masala Recipe Is All About Guilt-Free Indulgence

Covid-19 reinvades US states that beat it back once

Afghan ambassador to EU & NATO: No one wants the Taliban to return