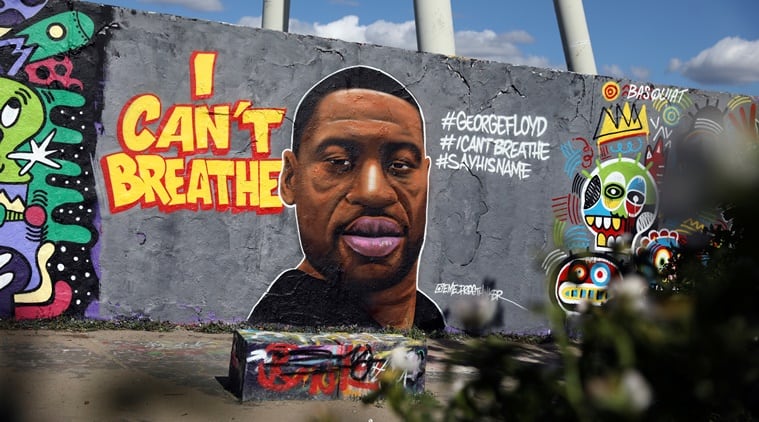 The custodial killing of unarmed African-American George Floyd in Minneapolis on May 25 ignited a nationwide movement against police brutality in the United States. In the days that followed Floyd’s demise ⁠— National Guard soldiers were deployed, curfews were imposed and thousands were arrested as prominent public places across the US were overrun by protesters.

In a video that surfaced online soon after his death, Floyd is seen pleading with Minneapolis policeman Derek Chauvin, who suffocated him by pinning him to the ground under his knee for several minutes. Floyd’s final words, “I can’t breathe” ⁠— soon became a rallying cry for protests across the globe. Chauvin and three other police officials involved in Floyd’s death have since been fired and arrested.

Thousands of demonstrators poured into streets across the U.S. for the 10th night of protest over the killing of George Floyd.

Here were some of the scenes from around the country. https://t.co/hb0oFIHLMD pic.twitter.com/hz30Xng5XC

Who was George Floyd?

Floyd was born in North Carolina and spent most of his life in Houston, Texas. He moved to Minneapolis in search of work in 2014, his close friend Christopher Harris told People.com. Known to his friends and relatives as ‘Big Floyd’, the 46-year-old is survived by his girlfriend Courtney Ross and three children.

With his towering height of 6 ft 6 inches, Floyd was fondly remembered by several of his loved ones as a ‘gentle giant’, Reuters reported. He was a star athlete in high school with a keen interest in basketball and football. Floyd eventually dropped out of school and began to make music with a local hip-hop group in Houston, as per reports.

In 2007, Floyd was charged with armed robbery in an alleged case of home invasion. He was sentenced to five years in prison in 2009. After being released from jail, he reportedly moved to Minneapolis — where he worked as a truck driver and a bouncer.

Prior to his death, he lost his job as a security guard at a local Latin American restaurant in Minneapolis after a lockdown was imposed in the city due to the COVID-19 pandemic, The Sun reported. According to his autopsy report, Floyd had tested positive for coronavirus on April 3 but was asymptomatic.

Why was George Floyd arrested?

Floyd was detained in Minneapolis on May 25 for allegedly using counterfeit money to purchase a pack of cigarettes at a local grocery store. According to a police statement, Floyd initially resisted arrest following which Chauvin pinned him to the ground and suffocated him.

Soon after, an ambulance carried Floyd to a nearby hospital where he was pronounced dead.

The four police officials involved in the crime were fired and arrested. While Chauvin was charged with murder, the other three were charged with abetting the crime.

During a memorial service for Floyd in Minneapolis on Thursday, protestors in several US cities stood in silence for 8 minutes and 46 seconds ⁠— the same amount of time Floyd spent pinned to the ground under Chauvin’s knee.

INS Jalashwa To Bring Back Some 700 Indians From Male Today

US halts imports from China’s Uighur region for forced labor