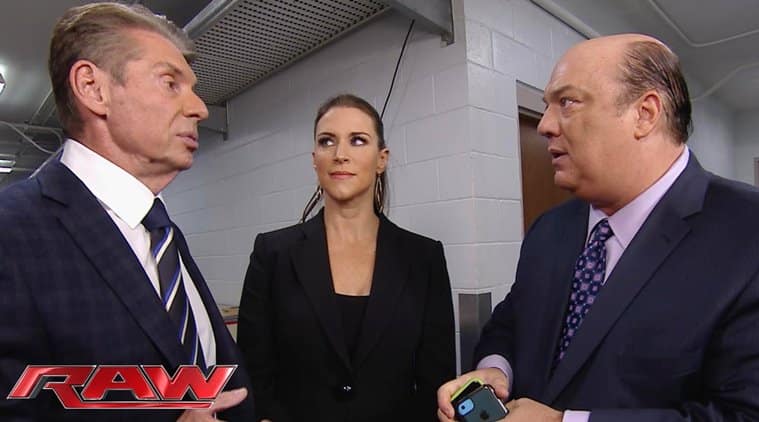 In a creative shakeup that surprised fans and many in the industry, RAW Executive Director Paul Heyman was relieved of his duties on Friday. He will no longer work in an executive capacity but remains as an in-ring talent henceforth.

“In an effort to streamline our creative writing process for television, we have consolidated both teams from Raw and SmackDown into one group, led by Bruce Prichard. Paul Heyman will concentrate on his role as an in-ring performer,” WWE said in a statement.

Prichard, who will now be at the helm of both brands, is the third Executive Director on Raw or SmackDown in a year. Earlier, Vince McMahon hired Heyman and former WCW Chief Eric Bischoff to head up Raw and SmackDown respectively.

So why did this move happen?

Within the first few months of Heyman taking charge, the framework of RAW wasn’t really shaken up but the product was still largely enjoyable in 2020. Wrestling fans could see the imprint Heyman left behind but sadly it has all come crashing down.

Heyman himself has gone on record at times this year that his vision for RAW did not pan out how he wanted it to be and that was because he had to do his job and keep his boss happy at the same time.

Moments after WWE announced Heyman’s removal, PW insider wrote an article saying, “The decision, obviously, was a Vince McMahon call. One source noted that Vince McMahon had been “very upset” and openly “frustrated” with Monday Night Raw of late.”

The decline in ratings and Raw taking the hardest hit in terms of viewership during the COVID-19 pandemic probably was the final nail in the coffin.

A number of supers stars have also been absent lately, like Becky Lynch and Roman Reigns, leading to a further decline of ratings.

Heyman’s removal directly contradicts McMahon’s own strategy announcement to investors in April’s Q1 earnings call where he made it clear that RAW was entering a building phase.

“RAW has suffered, but not necessarily because of the environment, it’s suffered because we bring in a lot of new talent and to RAW, and it takes a while to get these new talents over,” McMahon was quoted as saying by bleedingcool.

“We no longer have Brock Lesnar obviously, but we have a new champion and a lot of new performers coming in. So it takes a while. So that’s the reason, and how you use those performers in this story or that story or what have you. So, with new talent it’s just going to take a little while. I’m convinced though, that the RAW’s ratings are going to bounce back considerably.”

Heyman will still be a part of the WWE, as an in-ring talent. He will continue as Brock Lesnar’s advocate, presumably for the Beast Incarnate’s return.

Mahindra & Mahindra Seeks To Give Up Control Of Struggling Unit SsangYong

Suresh Raina to set up cricket academy in Jammu and Kashmir