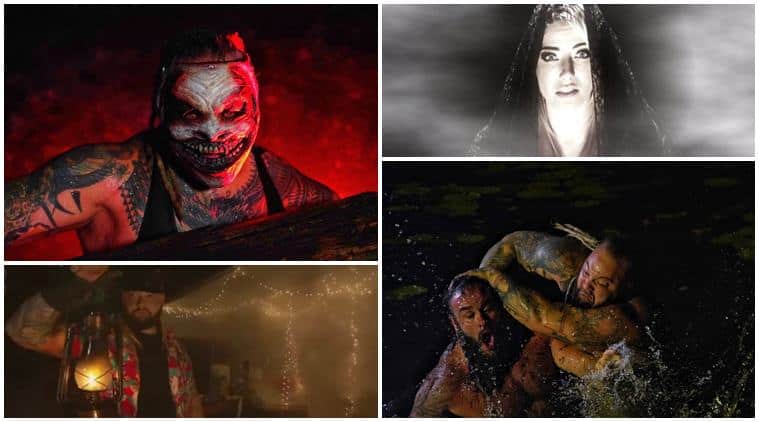 WWE Extreme Rules 2020 results, highlights: The Fiend made its return in a non-title match against Braun Strowman at The Horror Show at WWE Extreme Rules showdown. In what was hyped as a black-and-white trip to the Firefly Fun House, Wyatt and Strowman’s non-title Swamp Fight was the main event.

It all began with Braun rolled up in his truck, where Bray was waiting in his rocking chair. The slow-moving, psychological Swamp Fight featured also featured a cameo appearance from Sister Abigail (Alexa Bliss) in what was an otherwise promising feud. The match ended when Bray Wyatt was thrown into the swamp, only to resurface as The Fiend before Extreme Rules went off the air.

“The human race is a bacteria, it’s an infection.
They invade and they destroy. That’s all they know.”
– Bray Wyatt#ExtremeRules pic.twitter.com/3tSenTkXou

McIntyre continued his dominant reign with win over Dolph Ziggler. McIntyre’s countered Ziggler’s superkick with a Claymore to win and probably reiterate this is another sign that WWE sees big things in his future.

Elsewhere, The Monday Night Messiah Seth Rollins had to go to extreme lengths for a win in the first-ever Eye for an Eye Match. The contest witnessed a sickening end as Rollins hit his Stomp, leaving Mysterio defenseless for his eye to once again be ground into the steps — this time to the point of extraction, Mysterio received medical attention after one of the most gruesome conclusions in WWE history.

say what you want about the ending but watch the video.. Sasha never even looked at who was counting. #ExtremeRules #Femalepowertrip pic.twitter.com/EDsjOlbPz3

In the future fans should vote for subs: The Analyst Simon Hughes