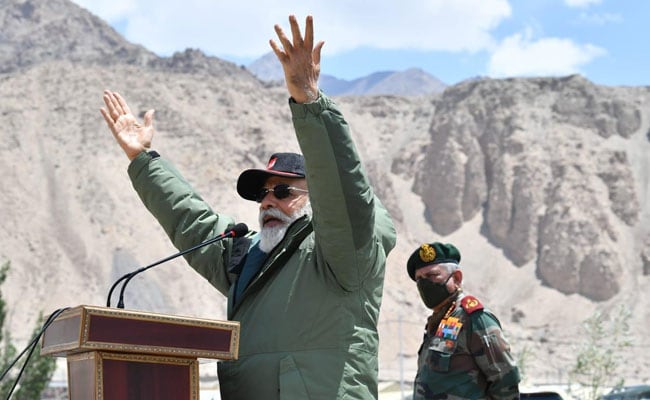 Prime Minister Narendra Modi addressed soldiers in Ladakh today as he made a surprise visit to a forward post in Ladakh and interacted with troops days after the June 15 border clash with China in which 20 soldiers were killed in the line of duty. The Prime Minister’s visit served as a morale booster for the forces and a powerful message to China, which has shown unrelenting aggression at the border with incursions spotted in satellite images. Chief of Defence Staff General Bipin Rawat and Army Chief MM Naravane accompanied the PM as he toured the region, met with soldiers and was briefed on the face-off with China since early May. PM Modi described the soldiers as “the braves of the soil” and said the “enemy has seen your fire and fury”.

Here are top 5 quotes from PM Modi’s address to soldiers in Ladakh:

Rupee Spurts Against Dollar, Returns To 74 Levels Amid Gains In Asian Currencies

Watch: How To Make Restaurant-Style Chicken Do Pyaza - Recipe Video Inside